This week Sabby goes for a ride with celebrity fashion designer Rich Mnisi, who shows  he's all about power and style even when it comes to his cars.

They take his uniquely wrapped Volvo XC60 out as they catch up on the inspiration behind his wrap, his career highlights, including dressing Beyoncé, and his future plans.

They head to Acrobranch, where they will be putting their climbing skills to the test.

Meanwhile, Zee heads out to Altitude Beach where she gets a word in with Nadia Nakai, Sjava and DJ Big Sky. She finds out which cars they would take on a dream holiday and where that location would be.

Media personality Zuraida Jardine talks about her dream garage and viewers can also  catch up with the sauce on the international scene.

Watch the fiery teaser below: 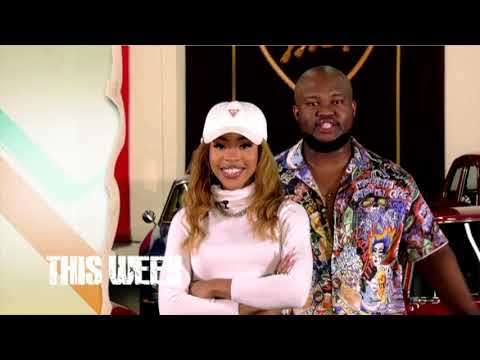