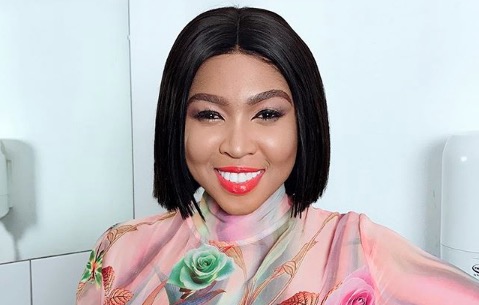 Sfiso Ncwane’s widow, Ayanda, recently left fans shook after sharing her belief that her late husband may have died because he was poisoned.

On the latest episode of the Real Housewives of Durban, the reality TV star had to explain herself after the other “wives” noticed she declined food at events or arrived late so she missed the meals.

Ayanda explained that she did so because she fears her enemies will poison her.

“I don’t eat food or drink anything that is served directly to me, especially when I don't know where it comes from or who prepared it.

“My brother was poisoned and, by God’s grace, survived the poison. He has a huge scar down his chest to show for it. Two, my late husband, we know, he was possibly poisoned and he didn’t make it,” a sombre Ayanda explained in a confession session.

Sfiso died in December 2016 after being rushed to hospital, where he was treated for kidney problems. The gospel star was admitted to Fourways Life hospital where he was diagnosed with kidney failure, and was later moved to ICU.

While Ayanda did not bring any proof to back up her claim, her fans stood by her.

Some said they related to her fear, while others expressed shock at the possibility their fav may have been poisoned.

Yall don't listen. Ayanda does eat at events where there are buffets. She just doesn't take food that's directed to her specifically because her brother & husband were poisoned #RHODurban pic.twitter.com/E3JtTS3JXd

I also don't eat at people's events. Family or not. And people who know me are fully aware, but they ate at my wedding and i didn't 🤷‍♀️
So i completely understand where Ayanda is coming from. Batho ba loya #RHODurban

Ayanda always arrives late at functions so that she doesn't have to eat the food served there. Makes sense now. #RHODurban pic.twitter.com/HUt7JUzwqp

Life changed dramatically for Ayanda after the death of her husband.

The reality TV star has always been very vocal about how the loss affected every aspect of her life. She previously admitted her family was on the receiving end of huge criticism and has faced many reports involving alleged family feuds and rumours about money.

However, Ayanda’s fans agree that the widow has dealt with the lemons life threw at her with grace.

Ayanda has shared she took a page out of her husband’s book and turned to God in her time of trouble.

In an Instagram post, months after she buried the love of her life, Ayanda shared her truth.

“I truly forgive everyone who has said hurtful things about me and hated me for no reason or because of fabricated stories about me. If you ask God to use you as an example, he first gives you strength for it,” she said.

The single mother has managed to cement her name as a businesswoman and force to be reckoned with. She took over her husband's company and successfully launched the all-boys gospel group Abathandwa, among many other business endeavours.

2020 has been a year of loss for many South Africans.
TshisaLIVE
1 year ago

Sfiso Ncwane’s son remembers the gospel star: You're still in our hearts

Ayanda Ncwane has called out the double standards in what is expected from woman who lose their partners, compared to men.
TshisaLIVE
2 years ago

These women rose above the tragedies life threw at them.
TshisaLIVE
3 years ago