Linda Mtoba on mental health: I see and understand what a monster it is 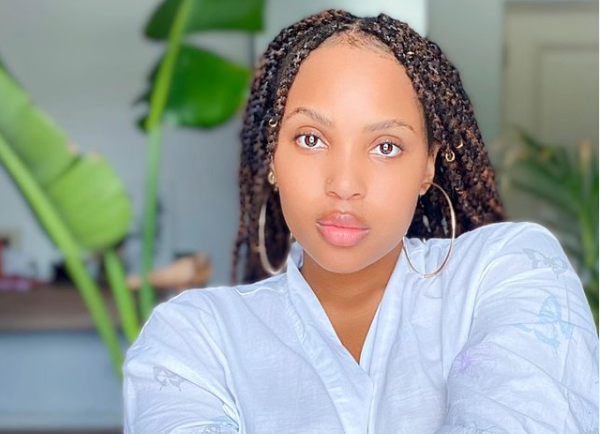 Actress Linda Mtoba has shared her thoughts on the importance of mental health being perceived as a “real” health issue.

She says she's realised as she grows that it deserves due attention and should be seen for the “monster” it is.

The actress, who has spoken up in the past about issues such as how social media put unnecessary pressure on young people, took to her Twitter to share her thoughts on how growing up has highlighted just how “real” mental health is as a health issue.

“Mental health is a real health issue and the older I get the more I see and understand what a monster it is,” Linda tweeted.

Mental health is a real health issue & the older I get the more I see & understand what a monster it is.

Linda has been candid in the past about how she's become even more sensitive to prioritising her mental health as she navigates life as an adult.

The married mother of one took to Twitter recently to tell her followers to be wary of succumbing to unhealthy pressure to keep up with appearances.

In a thread on Twitter, the star had a reminder for fans that all that glitters isn't gold in the social media world. The River star went on to explain that the over-concentration on looking “Instagrammable” was consuming young people and leaving them mentally exhausted.

“We get so consumed with what we see on IG that we think it’s a real representation of the life and the lives people lead. When, in actual fact, not many afford the many things we take for granted.

“Reality is not every second person has a LV bag or Dior shoe or Hermès bag in the way IG will make it seem; that's a very teeny tiny percentage of the world. And it’s OK to not have those things. Take all the time you need in life.

“Look around you and do a real-life assessment, how many people do you know actually have those things? Are we so detached from reality?” Linda tweeted.

"Reality is not every second person has a LV bag or Dior shoe or Hermès bag in the way IG will make it seem," said Linda.
TshisaLIVE
9 months ago

"We all have different lifestyle choices, I don’t have to prove my worth through domestication," wrote Linda.
TshisaLIVE
10 months ago