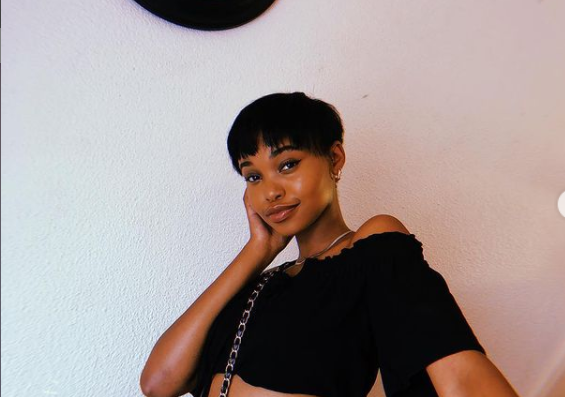 Social media may have initiated and pushed the #OpenTheIndustry movement, but it has also been responsible for killing aspiring actors’ dreams with trolling, and actress Zenokuhle Maseko opened up about learning to deal with both sides of social media.

The young actress, who made her debut on 1Magic's The River as Mbali, has been on the receiving end of both praise and criticism for her acting, and she’s explained how it initially affected her and how she’s since learnt to deal with it.

“I think I can now block out a lot of things but when I started the trolling got to me really badly.”

“I’m a person who has always dwelled in her own lil’ bubble or in my own little corner, so when I got to the industry I realised I had to give a lot more of myself. Then for me not to be accepted at first — because you know they’d be like ‘this girl has no talent’, ‘this girl is just pretty’ and whatever — that was the first time I was judged or put in the spotlight in this manner. I quickly realised  I am not OK, I was anxious about everything,” she said.

However, Zenokuhle soon realised she needed to grow a thicker skin.

“I got to a point where I was like, ‘you know what, it’s whatever’. I decided to block out the noise and said to myself, whoever appreciates me, appreciates me and those who don’t, don’t. I won’t be everybody’s preference and that’s OK.

“At the end of the day, the comments don’t change what I want, what I’m passionate about or where I am going in my career,” the actress said.

Zenokuhle said she also learnt not to take every comment directed her way as an attack. The actress wants her supporters to know she’s not in the acting industry as a phase. She intends to pay her dues and make her mark one character at a time.

“Now acting is my only option — I mean I will grow as a brand and branch out — but acting is my passion and it’s not something I am going to stop.”

Check out the trailer for The Estate below:

The actress described the young woman as the “the most permanent role” she’s ever had and said she looked forward to growing with the character as Mzansi gets to know her.

“Sindi is a very innocent, bright young girl. She’s young but she’s quite mature for her age and she’s dating someone older than her. Her family is quite modern and they had her when they were still young, so they are young parents. She gels very well and adapts to wherever she finds herself. She speaks Zulu and English and is going to be a joy to watch.

“She comes from a rich family but she’s very rooted. She’s not a typical rich kid,” she said.

There's acting... Then there's 'The River'. Wow!
TshisaLIVE
2 years ago