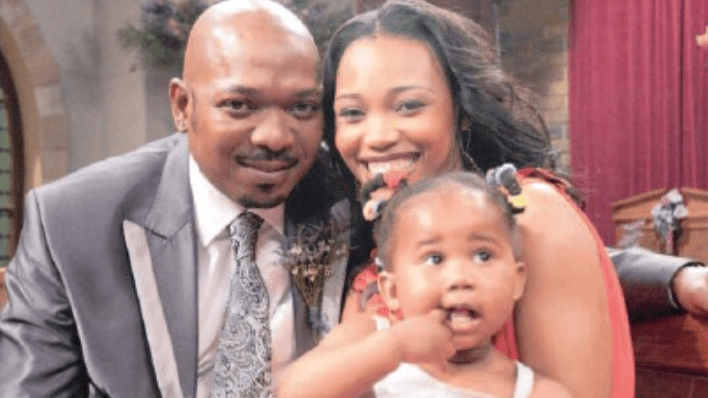 Some of Mzansi's most famous faces have graced the screen alongside Menzi Ngibane and took to social media at the weekend to pay tribute to the late actor.

A family member, who did not want to be named, confirmed Menzi's death to TshisaLIVE on March 13. The veteran actor died of a stroke at his home after a 10-year battle relating to kidney disease and diabetes.

The star graced TV screens in a career spanning several decades, including in the role as Sbusiso Dhlomo on popular SABC1 soapie Generations, and most recently as Judas in Isibaya.

'This is too much”

Connie Ferguson starred alongside Menzi on Generations and hired him to be on her production The Queen last year.

Taking to Instagram, she said the news was “too much” and had left her speechless.

“As legends never die, you live on in our hearts and your amazing library of work,” she added.

Sonia Mbhele played Menzi's love interest on Generations, Ntombi, and said she was struggling to process the news of his death.

“I’ve been quiet because I’ve been processing. I’m still battling! Ours was a love story crafted in television land, and you’ll forever remain Ntombi’s soul mate,” she wrote on Twitter.

I’ve been quite because I’ve been processing 🥺🥺🥺🥺I’m still battling! Ours was a love story crafted in television land, and you’ll forever remain Ntombi’s soulmate. #somahashi #ngubane pic.twitter.com/m2KMJMThxT

“You've left us too soon”

Fellow Generations star Sophie Lichaba said the pair had “seen it all together” and survived. She also offered her deepest condolences to Menzi's wife Sikelelwa.

“To your wife and family, may you be comforted and know God's timing is never our own. Stay strong. We know how he loved you his wife and spoke so warmly and lovingly of you every moment he got. Saying 'when a man finds a wife he finds a good thing, mina sisi wami nginaye u good thing. God will heal your heart in this trying time.

“I know you're with the angels. Rest my bro. Your amazing, irreplaceable talent and professionalism, irrespective of how you felt, will forever be remembered and respected. Rest in peace.”

“You're a legendary South African actor, no question”

Thuli Thabethe, who played his wife on Isibaya, posted several heartfelt tributes to the star, remembering the fond moments they shared on set and praising his talent.

“I sincerely want to thank you for what you’ve contributed to this industry and to my career. Working closely with you over three years has shaped me professionally and for this I am eternally grateful. You are a legendary South African actor, no question.

“I used to grow up watching you as “Mazwi/Ngamla” on TV and then had the privilege of co-staring with you on Isibaya, a blessing only God can understand,” she wrote

Former Generations actress Florence Masebe also reflected on working with Menzi, remembering the early days of the production and the jokes they would share.

In later years I'd tease him about being in Generations twice, he had played a character called Lenin before, one of Sonny's friends at the bar along with Stoffel. He'd respond by reminding me that I was a jogger in pink tights on Soul City before rejoining the show as Sis Noni.

I hope Mam'Daph, Ramolao Makhene, Gloria Mudau, Henry Cele, Ken Gampu, Roseline Morapedi, Lesego Motsepe & the rest of the ensemble are ready for your big entrance on the other side. Thank you for sharing the finest of your craft with us. Thank you for showing up on cue always🎭

“His loss is hard to reconcile”

Former Isibaya actress Nomzamo Mbatha also shared a touching tribute to the veteran, speaking of his kindness towards her and calling his death a loss to SA.

I will miss so many things about this generous-in-spirit soul who never missed an opportunity to be KIND and to pour into others with words of admiration. My deepest condolences to his family which he adored so very much. 💝🕊

“An absolute honour to work with you”

Fellow Isibaya actor Sdumo Mtshali said his final scenes with Menzi were some of the most memorable.

“Even though I didn’t have that many scenes with you, the last few ones were an absolute honour to work with you, sir. Rest in eternal power,” he wrote.

Menzi Ngubane starred in several productions, including popular SABC1 soapie Generations as Sbusiso Dhlomo, and most recently as Judas in Isibaya.
TshisaLIVE
1 year ago

Menzi's death sent shockwaves across the country and led to an outpouring of emotion on social media.
TshisaLIVE
1 year ago

Menzi Ngubane to his wife: This year's been full of ups & downs, but you remain my rock