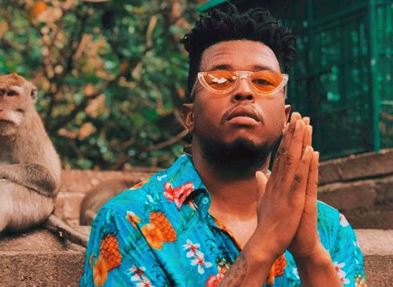 Musician and songwriter Anatii has made SA proud after his song with Beyoncé and Wizkid, Brown Skin Girl, won a Grammy.

Anatii is listed as one of the songwriters on the track, which was featured on Beyoncé’s album Lion King: The Gift.

The award also gave Bey's nine-year-old daughter Blue Ivy her first Grammy, the second youngest in history to do so.

Anatii has not yet reacted to the win but has in the past shared his gratitude to Beyoncé for giving him a chance to be part of the “incredible team” behind the song.

“The energy was pure! The cultural shift has begun!” he wrote, adding that he felt honoured to “be among such amazing souls”.

Social media was flooded with messages of congratulations for the SA hitmaker, with many calling it a historic moment for the country.

Anatii winning one is also bonkers! 🔥🔥🔥

Anatii got a Grammy. Iconic shit.

Congratulations to all the #GRAMMYs winners especially @burnaboy @wizkidayo @Trevornoah @ANATII. This is for Africa.

Anatii also gets a Grammy for this, lest we forget 🥺 https://t.co/q0jQyXD54r

Anatii won big in the States
TshisaLIVE
2 years ago

Anatii nominated for Soul Train Award for track with Beyoncé

Whoop! Whoop! Anatii has scored a nomination for the Soul Train Music Awards.
TshisaLIVE
2 years ago

iFani on THOSE AKA & Anatii twars: It was never that deep!

It's not the Ifani's fault y'all don't get his kind of humour peeps...
TshisaLIVE
3 years ago