'Their pain is our pain' 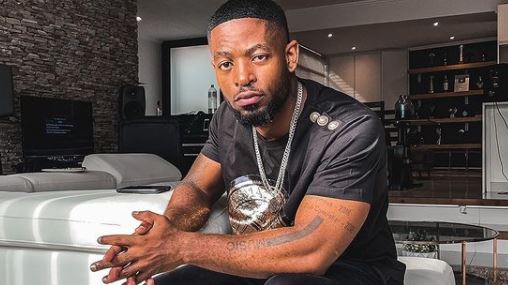 After weighing in on student protests in Johannesburg last week, musician Prince Kaybee decided to join a march against the cost of tertiary education on Monday.

The SA Congress of Students (Sascoc) called for a countrywide shutdown of 26 universities this week as students took to the streets to protest.

Among their demands were for universities to postpone the commencement of the academic year to March 30 2021; no fee increases for the year; that all students be allowed to register and graduate, irrespective of the quantum of debt owing to the university; and that the government bail out struggling institutions.

As the country geared up for the protests, Kaybee took to Twitter to ask where he could join the marches.

He later arrived at a protest in Johannesburg and live-streamed some of it on Instagram Live.

Speaking about the march on social media, Kaybee said he was inspired by those fighting for their future.

“I'm inspired by the level of courage shown by the students marching for free education. Even when they are bullied, beaten and shot by the police, they kept fighting.”

He urged his followers to support the cause.

“All of us should take time to support their struggle in whatever way we can. Their pain is our pain,” he added.

Rapper AKA has also been a vocal advocate for students in their fight but last week said he would not lead a march because he did not want to hijack the event.

“I have marched with the students before and I have no problem marching with them again but any protest is always to be led by students and student leadership. It’s not my place to turn it into some sort of celebrity activity.”

Kaybee took to social media last Wednesday to share his outrage after a man was shot dead by police during a student protest in Braamfontein, Johannesburg.

Wits students and police clashed in the area during a protest against the financial exclusion of some students with historical debt. The man appeared to have been struck by rubber bullets as he exited a clinic and died at the scene.

“The situation at Wits is heartbreaking and a shame on our black government. Every year students go through the same trauma of violent beating and death for seeking education. Why does it take a dead black body for our government to give us our basic human right?” he asked.

"Why does it take a dead black body for our government to give us our basic human right?" Prince Kaybee asked.
TshisaLIVE
1 year ago

"This man must be arrested and an example needs to be made ... It can't be business as usual," Cassper said.
TshisaLIVE
1 year ago

Lvovo had a lot to say about the #asinammali protest and its real causes!
TshisaLIVE
1 year ago