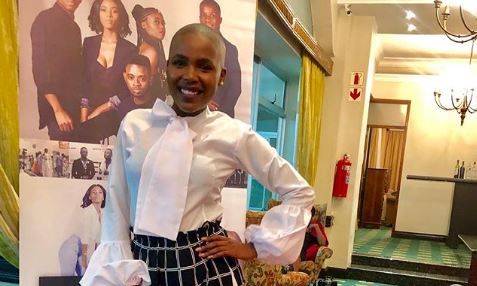 After keeping details on the telenovela that would replace Isibaya under wraps, Mzansi Magic has finally given fans a first glimpse into Diep City.

The new show, which will take over Isibaya's time slot is about crime, faded dreams and redemption for four young women forced into a life of crime in high school. ⁣

In the video Nox and her group of friends can be seen standing on the rooftop and sharing advice to their younger selves in a cypher-like back and forth.

Diep City was created by the award-winning creator and director of popular drama Lockdown, Mandla N of Black Brain Productions. The story revolves around the trials, tribulations and exploits of Nokuthula “Nox” Jele, a small-time burglar and hustler played by former Scandal! actress Nozuko Ncayiyane.

Award-winning actress Dawn Thandeka King and Mduduzi Mabaso are among a list of stars who will feature in the much-anticipated telenovela.

Diep City will replace Isibaya which had been on air for eight seasons when it was canned by the channel.

In a statement provided to TshisaLIVE at the time, the channel director for local entertainment channels at M-Net, Nomsa Philiso, said, “It's always sad when a show that was popular and loved ends, as is the case with Isibaya.

Bidding farewell to the drama, the cast and crew of Isibaya such as Enhle-Mbali Maphumulo, Thembisa Mdoda and Aubrey Poo took to social media to pen heartfelt tributes to the production.

On his Instagram, actor and writer Chris Q Radebe was emotional as he reflected on his journey with the show.

“Today was the last day of production for Isibaya. After eight years, it’s over,” he said.

“What many will not know is that I was one of the writers of the second season of the show in 2014. Yes, you heard right. I was just a writer then, still wet behind the ears. Four years later, Bomb calls me in and offers me the role of Dabula. I thought I was dreaming. I must have asked Angus about five times if he was sure I was gonna be able to play the role. I hadn’t acted before,” he shared.

Chris went on to thank the cast and crew for everything they have done together to bring Isibaya to life.

Menzi's death sent shockwaves across the country and led to an outpouring of emotion on social media.
TshisaLIVE
4 months ago

"Today was the last day of production. After eight years, it’s over."
TshisaLIVE
5 months ago

It’s official: 'Isibaya' has been canned!

"It is a great opportunity for Black Brain to broaden its base and creativity..."
TshisaLIVE
6 months ago

"I joined later in its conception but I learnt so much. What a crazy ride," Enhle said.
TshisaLIVE
5 months ago