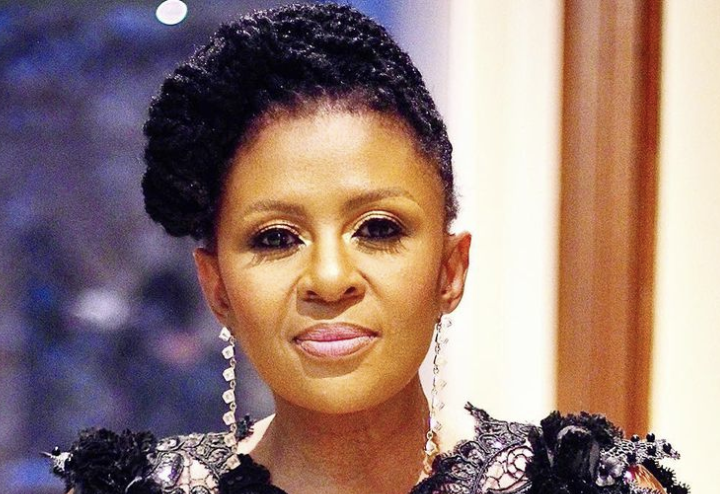 Businesswoman and former Miss SA Basetsana Kumalo has rubbished a fake news report claiming she is a Kenyan woman who was involved with the late Tanzanian president John Magufuli.

The report was circulated on March 18, a day after Magufuli died from “heart complications”.

TimesLIVE reported that the 61-year-old was one of Africa’s most prominent coronavirus sceptics and had not been seen in public since February 27, sparking speculation he had contracted Covid-19.

The news website mpasho-news.com shared a picture of Basetsana alongside Magufuli, saying she was 34-year-old Kenyan businesswoman Sara Wanjiru who claimed to be six months pregnant with the late president’s child.

The site said Sara wanted Kenya to intervene and help her so the unborn son could be included in Magufuli’s will.

“My name is not Sara Wanjiru. I am not Kenyan. I am not 34-years-old. I am not six months pregnant with the late President John Pambe Magufuli’s child,” she said

She said the report took fake news to another level.

“It’s not even a case of mistaken identity. This takes fake news to another level. It’s beyond preposterous. Bengithi nginazise Bazalwane ukuthi ngivelelwe (I just wanted to let you guys know that was happening)," she said.

Another Mzansi celeb who found herself at the centre of a controversial lie was musician Ami Faku after reports circulated on social media last month claimed she was dead.

News of Ami's death started making the rounds after she released a song with rapper Emtee titled Lala ngoxolo (Rest in Peace).  The song speaks of death and life after death.

The Ebhayi hitmaker reassured fans she was not dead.

Songstress Ami Faku is not dead!
TshisaLIVE
1 year ago

Hlengiwe Mhlaba slams death rumours: 'I am very much alive'

"You patronizingly promise everything will be sorted tomorrow. Like students are little kids to be distracted out of their tantrum."
TshisaLIVE
1 year ago