Focalistic talks about how his journalist father influenced his music 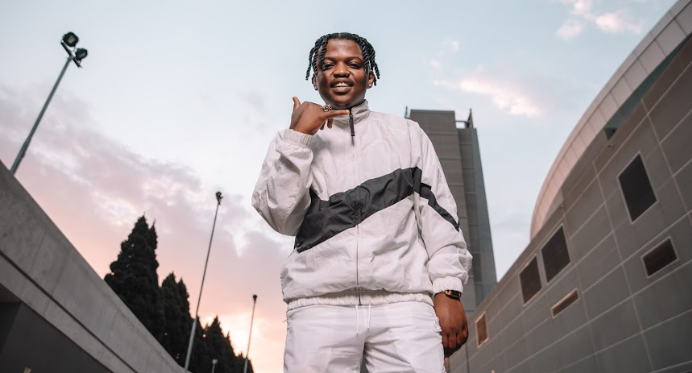 While he may be considered one of Mzansi's coolest artists at the moment and he's a certified hitmaker, there's more to musician Focalistic than meets the eye and its connected to his late father, who was a political journalist.

In an interview with TshisaLIVE, Focalistic (real name Lethabo Sebetso) explained that while he was certainly here to entertain, his presence in the entertainment industry was attached to a much deeper purpose.

“My dad was a political journalist, he passed away when I was in grade nine. But I always look up to my dad and I've always wanted to kind of reflect the times that I live in, but I've always been a creative person so I wanted to do it in a more creative way. So I think I'm still a journalist, but I'm doing it over a nice beat, with a nice flow and nice word play.”

The 24-year-old, who graduated with a political science degree from the University of Pretoria in 2017, explained that he sees himself as more than just “a vibe” as the youngins often call him.

The Ke Star hitmaker says he's a voice of the youth of his era.

“I guess that's the correlation of me being the voice of the youth because I'm in the streets, I'm really chilling with the people that need to be heard. At the end of the day, you can live vicariously through other people and voice out what they wanna say.

“I think that's why I can go global ... I always say every hood's the same, like globally. We have the same issues, so once they get to know the story ... those are issues happening in the hood and that's what I'm about, being the voice of the youth and being a journalist  documenting our times,” he said.

Focalistic was arguably one of 2019’s biggest breakout stars. Mzansi was introduced to the artist in 2017 when he dropped Fakímali but Focalistic has said he's been making music for way longer.

He describes his style of music as versatile and fondly calls his sound “Pina Tsa Ko Kasi”.

Even though Focalistic represents Pitori 100% in his music - from the jargon in his lyrics to the beats and ad libs- his music has a big international following.

US superstars such as Diddy and Alicia Keys have given Pitori Maradona, as he's affectionately known to his legions of fans, their stamp of approval.

The musician expressed his pride in having an international appeal while being authentic to his true self.

WATCH | Diddy dancing to Focalistic’s ‘Ke Star’ is everything!

Focalistic on staying resilient despite the hate

"My whole hood is proud and my mom? She loves it!" wrote Focalistic
TshisaLIVE
1 year ago

'How can a person born and bred in Mzansi be accused of stealing from a culture he's supposedly a part of?'
TshisaLIVE
1 year ago

Looks like sis' Pearl is serious about adding that singer title to her already long bio...
TshisaLIVE
1 year ago