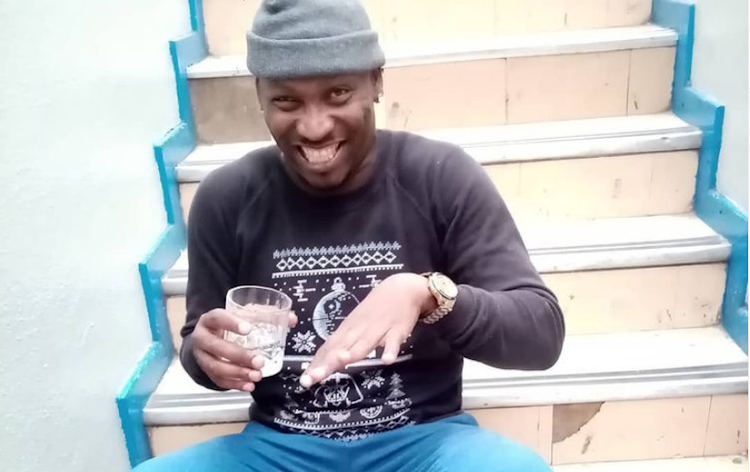 After having only known of Bra Sikes by name since Noah joined Skeem Saam, fans were delighted on Monday to finally put a face to Bra Sikes' notorious name.

Skeem Saam fans first heard the name Bra Sikes when Mokgadi introduced her long-lost son Noah to the Maputla family. Fans soon found out that Noah used to be a criminal and that his grandmother, Mary Matloga, is a classy gangster herself. As more secrets were “revealed”, fans joined the dots and realised that Noah is Bra Sikes' son.

However, all this time, fans only knew Bra Sikes by name and last night they finally met him.

The actor playing Bra Sikes is already a star and has a huge following on social media. His real name is Fortune Thobejane and he is the man behind the famous laughter on Mzansi magic telenovela Gomora. The actor also played the character of Jomo on Mzansi Magic's popular telenovela.

“Wow! At long last we finally get to see the notorious Bra Sikes,” said one tweep.

“Lol Skeem Saam really came through with that Bra Sikes ... we never expected it,” added another.

what if Bra sikes decides to say"Gomora HahaHAHA" #SkeemSaam pic.twitter.com/XqfjkCPr04

What a perfect person to play Bra Sikes 😂#SkeemSaam pic.twitter.com/8xbnHNhBXq

#SkeemSaam
Hit the like button if you can't wait to hear bra Sikes laugh pic.twitter.com/3cmM405Fuz

While they were certainly excited to have finally put a face to Bra Sikes' name, his grand entrance onto their TV screens left a lot to be desired.

Skeem Saam fans struggled to make sense of how Bra Sikes managed to meet up with Noah when the young teenager was supposed to be in juvenile prison and Bra Sikes sure isn't juvenile.

Check out their confusion in memes below:

#SkeemSaam We finally meet Bra Sikes, but why mokaubere a le Juvi ? 🤔 pic.twitter.com/McNYN3XO1G

She managed to put Bra Sikes in juvie 🙆🏾‍♂️🙆🏾‍♂️#SkeemSaam https://t.co/UKahzYpvDG

What is bra sikes doing in Juvenile #SkeemSaam pic.twitter.com/51jJKvTLde

Magongwa's corrupt deeds always catch up with him!
TshisaLIVE
1 year ago

Mantuli is always looking for the next scoop!
TshisaLIVE
1 year ago