AKA causes a stir with ‘lobola’ snaps, and is looking for a broadcaster for their wedding 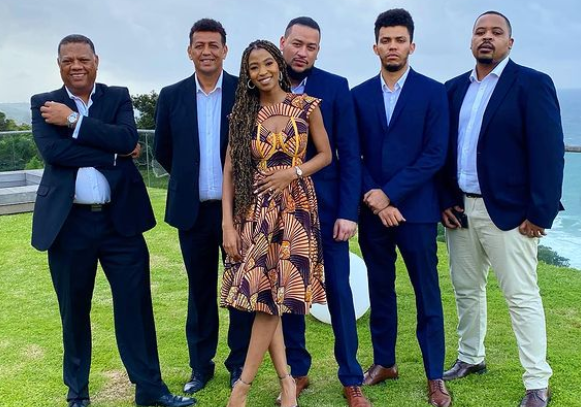 AKA is preparing to tie the knot with his bae Nelli.
Image: AKA/ Instagram

It's all hands on deck as AKA and Nelli prepare for their big day, with the rapper seemingly sending a delegation to negotiate lobola over the weekend.

The star, who earlier this month had fans in a frenzy when he asked the price of cows, took to Instagram over the weekend to post some snaps of himself and family members in Durban.

He captioned it with a cow and heart emoji, convincing many that the pics were from lobola negotiations with Nelli's family.

Nelli commented on the post, calling AKA her “husband”. The muso responded, writing: “my wife”.

As fans flooded the comments section of the post, congratulating the couple, AKA took to Twitter to ask which broadcaster should carry their wedding.

The real question now is ... who gon’put up them racks for the wedding content? *kanye voice* “who gon be the Medici Family?!?!” Lol. Tag your favourite broadcaster ....

In a heartfelt post, Nelli said she had “said yes to the love of my life and best friend”.

“Words cannot describe how grateful I am to be your life partner, even through the highs and lows, you have always stood by me and I thank you Kiernan Jarryd Forbes for loving me wholeheartedly and never giving up on us. Cheers to the beginning of forever. 4L boo,” she wrote.

This was followed by reports in Sunday World that AKA was preparing to negotiate lobola for Nelli and the pair had signed a deal for a reality show.

Mzansi first learnt about Nelli in January last year after a video of AKA and her kissing in a restaurant went viral. AKA finally addressed the viral video, telling fans it was on some “TMZ” level.

In the months that followed, the pair posted several snaps of themselves all loved up.

Nelli also rubbished reports of a lovers' quarrel late last year, posting snaps of them together alongside the caption: “He for keeps.” AKA replied with “I love you”.

AKA sent the rumour mill into a tizz when he asked about the prices of cows.
TshisaLIVE
3 months ago

AKA’s new fiancée Nelli Tembe on their engagement: 'I said yes to the love of my life'

"Words cannot describe how grateful I am to be your life partner," Nelli said to AKA.
TshisaLIVE
3 months ago

AKA and Nelli Tembe have indirectly slammed claims of a 'lovers' spat'.
TshisaLIVE
6 months ago

The verdict is in and the 'Supa Mega' has delivered, as always!
TshisaLIVE
3 months ago