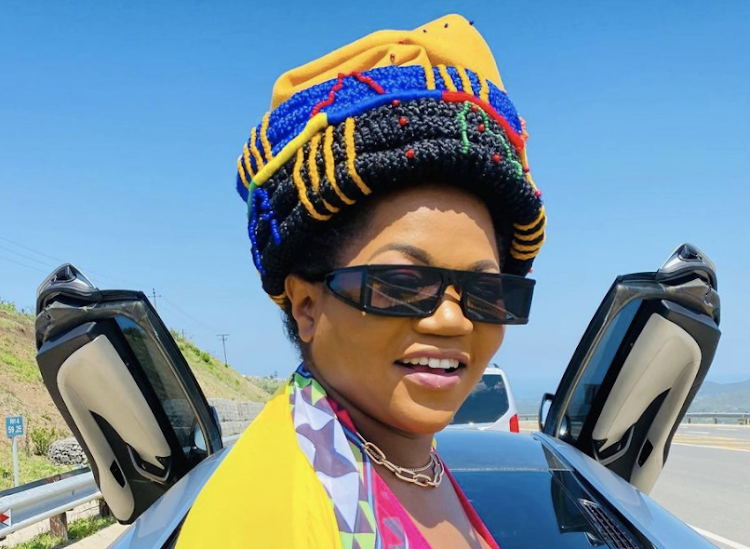 Busiswa is disappointed she didn't get credit where it is due.
Image: Instagram/Busiswa

Singer Busiswa has responded to Fenty Beauty using DJ Maphorisa and Busiswa's song in an advertisement, claiming the song was changed to avoid having to pay royalties.

Rihanna's internationally-acclaimed beauty brand featured the SA hit Midnight Starring on its latest ad posted by Riri on social media over the weekend.

The way y’all skin bout to be litty! I hate taking too long for zoom meetings and dem early FaceTimes 😜!! Get into this new @fentybeauty #EazeDrop Blurring Skin Tint for that instantly smooth, blurred skin. pic.twitter.com/HeULlwfT1y

SA Twitter got hold of the ad, and questioned whether the brand had bought the rights to use the single. Some claimed Rihanna ```had "stolen" from Africa and its artists.

Fenty Beauty has the time to use South African music on their ads but don’t even a single store in Africa? I need Kabza, Maphorisa and Busiswa to sue them because that’s what Rihanna would’ve done.

Rihanna: we’ll see about that pic.twitter.com/zArGCdNTP0

This thing is simple Rihanna used midnight starring for commercial use and she must cut the cheque, Maphorisa will make a lot of money since he owns his masters, featured artists including Busiswa must also eat depending on the agreement they had with Phori pic.twitter.com/QursHUHDah

Taking to Twitter, Busiswa said the company used a remake of the song Midnight Starring and thus didn't need permission.

“Fenty Beauty used a remake of Midnight Starring with my voice to avoid paying us for it. I’m sad but it’s the game I guess,” tweeted Busiswa.

Nah. @fentybeauty just used a REMAKE of Midnight Starring with my voice, to avoid paying us for it. I’m sad but it’s the game I guess😕 https://t.co/JZuscm6oE2

She also told those giving her advice that she had legal representatives to fight for her.

DJ Maphorisa also responded to the outrage, sharing his frustration that Rihanna “cut and pasted” his work for advertising purposes.

This isn't the first time local artists have had their songs used without permission. Last year, rapper Kwesta saw a recreated version of his hit Spirit used in an advertisement for BMW SA.

Though BMW SA did reach out to Kwesta's team after the ad sparked outrage, the star didn't mince his words when he took to social media to criticise the company.

Wanna know what it’s like to be reality show star? Ask Busiswa

The lights, the cameras and all the action: all your questions answered.
TshisaLIVE
2 weeks ago

Busiswa to GBV victims: If you’re in an abusive relationship, speak up & walk away

"One thing about my brothers on this app, they will defend, justify and nullify abuse," said Busiswa.
TshisaLIVE
1 month ago

Busiswa on creatives returning to their glory days soon

Busiswa takes a lesson from singer SZA!
TshisaLIVE
2 months ago
Next Article