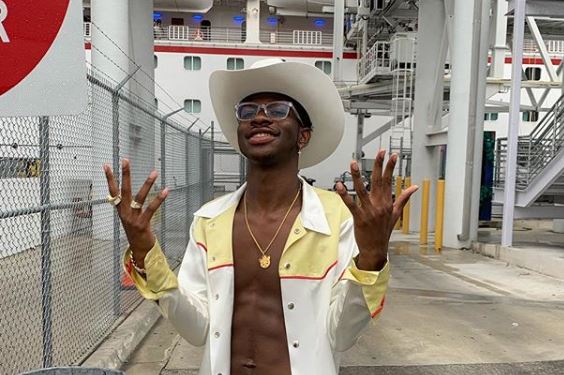 US rapper Lil Nas X has once again got tongues wagging after he released a controversial new music video and launched a sneaker range called the Satan shoe.

The shoe is a modified version of Nike's popular Air Max 97s, with an inverted cross, a pentagram and the words “Luke 10:18".

Brooklyn art collective MSCHF also claimed the shoes have a drop of real human blood in the soles.

According to BBC, Nike is now suing MSCHF for trademark infringement.

Lil Nas X responded to the outrage on social media, posting a picture of another show aimed at his critics.

we have decided to drop these to even the score. damn y’all happy now? pic.twitter.com/RGpCiiRbGb

we are in a pandemic & there is a mass shooting every week but y’all are gathering in church to discuss shoes lmaooo https://t.co/PW9Szwd8KB

me at nike headquarters tomorrow pic.twitter.com/iAAdjc8Ele

The shoe launch coincided with the release of Lil Nas X's music video for the song Montero (Call Me By Your Name).

The video features several controversial images and the rapper sliding down a stripper pole from heaven to hell, wearing the shoes.

He responded to the backlash over the video too, saying the only person he mocked in the video was the devil.

the only mfer i mocked was the devil. i thought y’all hated that nigga. https://t.co/NCgjYkicNR

Lil Nas X tried by all means to make Kevin see why he made the decision to come out.
TshisaLIVE
2 years ago

The 'Old Town Road' rapper dropped the "rainbow bomb" on Twitter and tweeps couldn't be more proud!
TshisaLIVE
3 years ago