And what about a presidential order and/or honorary doctorate? 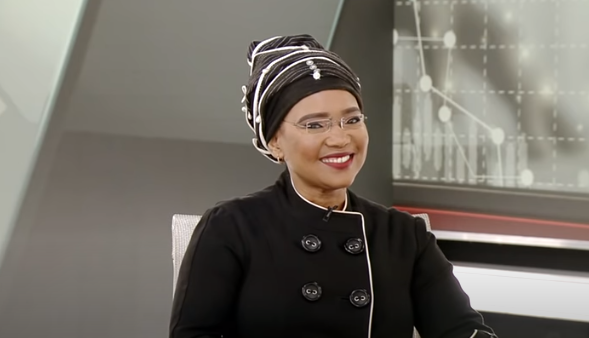 Media personality Chriselda Lewis believes that veteran broadcaster Noxolo Grootboom should be honoured with a studio at the SABC in her name and a presidential order.

Noxolo called time on her 37-year career at the SABC, presenting her last Xhosa news bulletin on Tuesday evening.

Thousands tuned in to watch the emotional broadcast, with Noxolo breaking down after delivering her famous “ndinithanda nonke emakhaya” sign-off.

Chriselda joined the flood of social media tributes on social media, calling for Noxolo to be honoured beyond the TL.

“Dear SABC, my employer. Name one of the studios after Noxolo Grootboom so that generations of young people who walk through that door may never forget her,” she wrote.

She then directed her plea to President Cyril Ramaphosa, urging him to honour Noxolo with a national order.

“Mr Cyril Ramaphosa there is nobody in journalism today who deserves a national order more than mama,” she explained.

Dear SABC, my employer. Name one of the studios after #NoxoloGrootboom so that generations of young people who walk through that door may never forget her.

Mr @PresidencyZA, Cyril Ramaphosa there is nobody in journalism today who deserves a National Order more than mama pic.twitter.com/vETRQrgy2x

Many were in agreement with the idea, also calling on the University of Fort Hare and Nelson Mandela University to give Noxolo a honorary doctorate for her work in advancing isiXhosa.

Speaking to TshisaLIVE just hours before her final broadcast, Noxolo said that she was humbled by the love she had got.

“I asked for a quiet exit. Now, from a quiet exit to this. So you can imagine how I feel. I told them I don’t even want a farewell party. I am trending but I’m not even on social media.

She reflected on how broadcasting had changed over the last three decades, adding that she was grateful for the freedom it now allows.

“Remember, when I started it was a time when we could not even mention liberation organisations like the ANC or PAC. We could not name the stalwarts, never mind the role they were playing. Imagine coming from that era to where we are today.

“More than anything it is the blessing of an opportunity to conduct live broadcasts for the icons I was once not even allowed to mention by name. It is all I can ask for.”

The nation was in their feels last night!
TshisaLIVE
9 months ago

Noxolo Grootboom, who has been working for SABC for 37 years, hangs up the microphone on Tuesday night.
News
9 months ago

No such thing as a ‘quiet exit’ for veteran news anchor