Big Zulu on Duduzane Zuma: ‘He is like an older brother to me’ 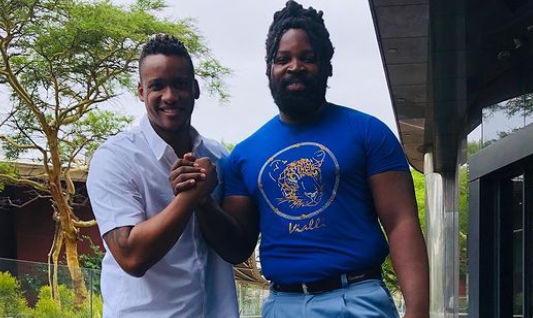 Rapper Big Zulu has lifted the lid on his relationship with Duduzane Zuma, saying they keep in touch and speak about growing up in rural KwaZulu-Natal and their similar interests.

Big Zulu’s song Imali eningi went viral late last year after Duduzane posted a video of himself walking with the song playing in the background. The video sparked the #DuduzaneZumaWalkChallenge and #DuduzaneZumaChallenge.

As the song dominated airwaves and social media trends lists, the pair met up, and Big Zulu recently spilt the tea on what was discussed.

“What do you talk about when you meet another man? You think because he is the son of a former president, well I know this is just a man who comes from my area in the rural areas. Everything he understands, I understand. Every way of gratitude I give to him he would understand. It was just thanking him,” he told MacG.

Big Zulu said Duduzane “pushed the song a lot” with the challenge and said they spoke often.

“He is like an older brother to me because we talk about life, because he is always travelling. We often talk.”

Speaking about the viral challenge last year, Big Zulu shared how humbled he was by all the love.

“I just want to express my heartfelt gratitude to SA. I want to say thank you for the love you have shown my song Imali Eningi. It has made us so happy to see the song rise.

“I also want to particularly thank my brother Duduzane Zuma, Msholozi, for the challenge he created using our song. I don't have much to give, just words from my heart to say I'm truly grateful. Thank you so much,” he said.