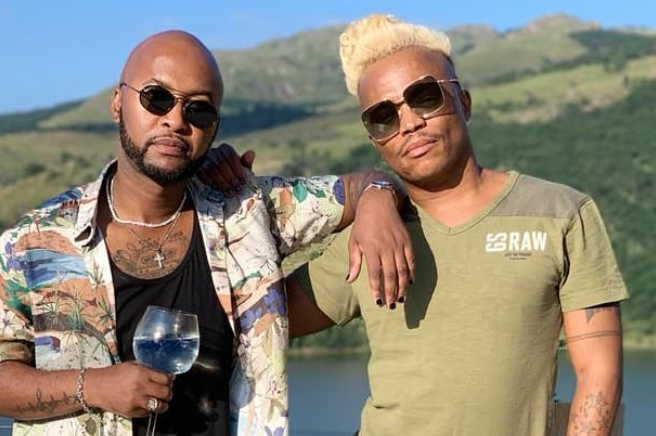 Vusi Nova and Somizi continue to serve up peak #BestieGoals, while rubbishing rumours they may be dating, and recently spent the weekend travelling the country together for work.

The pair are some of the most in-demand performers in Mzansi and recently lit up the stage at a Sunday lunch buffet event in Brooklyn, Pretoria.

At the start of the weekend, Somizi posted a video of him with his arm around Vusi, as the pair smiled for the camera.

He got tongues wagging with the caption: “Happiness is a four-letter word”.

The pair later posted a series of snaps they took in Brooklyn, with Vusi describing the pair as “inseparable”.

Somizi said the pictures showed what “16 years and going strong looks like”.

Besides performing at the event, Vusi also offered a lending hand at the table selling Somizi's cookbook.

The pair have repeatedly beaten back rumours that they are dating, after reports that Somizi and hubby Mohale's marriage was on the rocks.

“Mohale and I have never split up, but we have challenges just like any other couple out there. We’re fortunate that we have other homes to retreat to when we choose not to be in the same space, so we either go to our home in the Vaal or Zimbali,” Somizi said.

In an interview with Jon Savage on What’s Your Poison? last month, Vusi cleared the air on his relationship with Somizi.

“I have known Somizi for 16 years. I met him before I even got into the music industry. He’s so real and supportive.

“People out there are saying that we are dating but we’re not dating. We have mutual respect for each other and we trust each other a lot ... With us, it’s realness all the way. It’s been 16 years now and we’re still going strong.”

"Happiness and living lives between me and him," Somizi said as he tagged Vusi in one of his posts.
TshisaLIVE
4 months ago

Somizi has really been spoiling his bestie Vusi Nova lately. His latest gift is a beautiful statue for Vusi's swimming pool.
TshisaLIVE
5 months ago

Somizi and Vusi's "bestie vacation" defined everything "soft life" is about!
TshisaLIVE
5 months ago