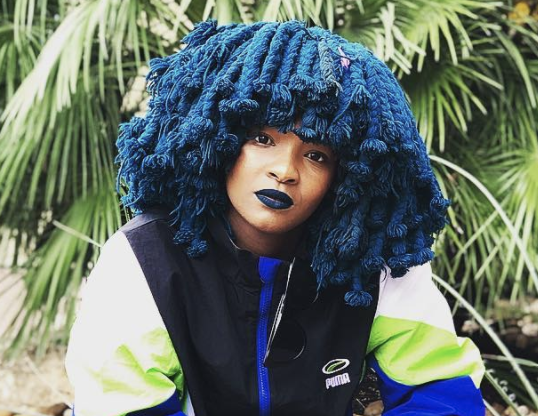 Moonchild Sanelly has opened up about her skill for business, saying that running away from home held a lot of lessons for her.

While Moonchild is a pioneer of her own genre of music called future ghetto punk, she hasn't limited herself to the world of making music.

The star told TshisaLIVE she was excited to dip her toes in the business side of the music industry. She explained that her intrinsic financial sensibilities come from her mother.

The star said that losing her mother also played a role in how she has blossomed into a female boss.

“So when she (her mother) died and I ran away from home, the only thing I had as an option was to win, or to win, or to win. Therefore, I grew up very fast, I figured out things pretty fast and I made sure I live my life the way I want to,” she said.

Moonchild's current obsession is making a name for herself as a financial savant in the music world, but she has had other past business endeavours that have piqued Mzansi's interest. A few years ago, the star said she was planning to open an 'adult club' to break stigmas, especially in black communities.

In an interview with Metro FM, the Bashiri hitmaker said she wants to normalise sex or speaking about sex — topics that are still considered taboo in many communities. She also said she wanted to venture into sex toys as well.

“I want to make it normal for the black community because you hardly see black people there ... I want to kill the taboo idea of it because it's actually a very safe space. No-one cares about your body shape and you can just walk about in your leotard or whatever you want and just be free. Not be violated.” she said at the time.

The star opened up about love and discovering her sexuality.
TshisaLIVE
1 year ago

"This is why we dream big. Why we work late, why we say no to others and yes to ourselves."
TshisaLIVE
1 year ago

WATCH | Moonchild Sanelly has engines revved up on 'Celeb Rides'

The 'Bashiri' hitmaker was chatting all things Beyonce and Diplo!
TshisaLIVE
1 year ago