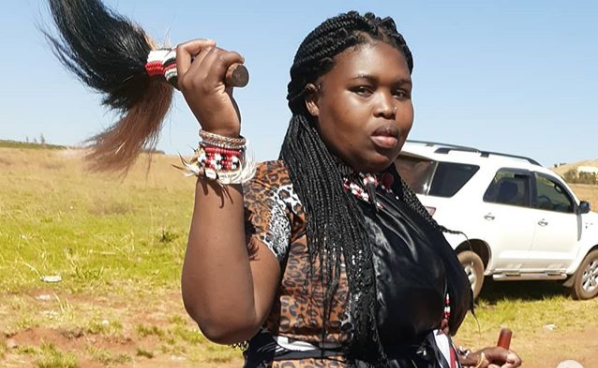 They lit up screens as part of the popular reality show Izangoma Zodumo but Gogo Maweni and Mamba have officially parted ways.

The news was confirmed by Gogo Maweni in a statement on social media over the weekend.

In it, she warned customers about her “ex-employee” and accused him of “dishonesty”.

“I, Dr Maweni, have received calls from clients complaining about muti purchased from an ex employee under my name and brand. I hereby state that Mamba no longer works under Impande Yezulu,” she said.

She added that the brand no longer has any relations with Mamba.

Mamba has not publicly commented on Gogo Maweni's accusations.

Even though the pair were close, with Mamba even accompanying Gogo Maweni on a trip to show off her initiates to her aged mentors, fans of the show have long suspected that he “might not have her best intentions at heart”.

Gogo Maweni also hit back at claims she should not have aired her dirty laundry in public, agreeing with a follower who said Mamba should not be protected.

“It's not your brand that's been messed with. I've worked too hard to build it,” she added.

An online petition demanding that the show be cancelled received more than 5,000 signatories, after fans accused the series of “mocking” African spirituality and traditions.

In a statement provided to TshisaLIVE at the time, Nomsa Philiso, director of local entertainment channels at M-Net, said the show “does not intend to mock and disrespect anyone's religion, spiritual practices or anyone practising Ubungoma”.

“The show intends to share stories that will be told with a refreshing and unapologetic style to allow the truth to be judged by the viewers,” she added.

LISTEN | Gogo Maweni of 'Izangoma Zodumo': It's not my job to make you comfortable

Khanyile minded his own spaza shop in the middle of the huge drama and tweeps couldn't believe it!
TshisaLIVE
5 months ago

She also opened up about her love for her two pet snakes and a tortoise, and slammed “fake” sangomas who lie to desperate customers.
TshisaLIVE
5 months ago
Next Article