‘If a friendship is no longer serving you, just like any relationship, leave it and move on with what is working for you’ 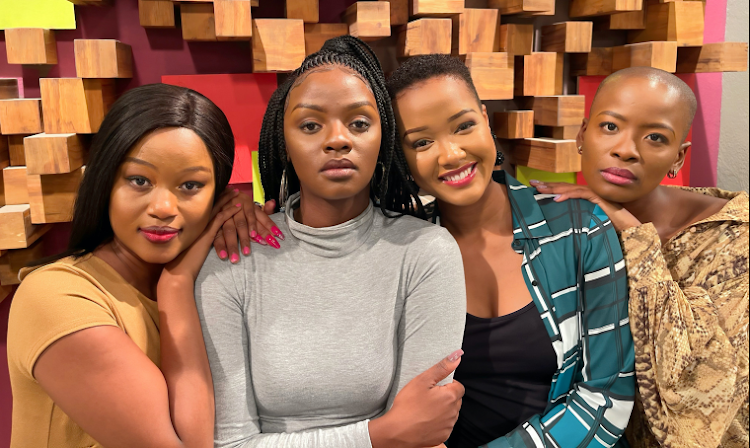 Muvhango actress Innocent Manchidi has opened up about her views on friendship in light of the betrayal her on-screen character, Rendani, has been caught in the middle of in one of the most talked about friendship busts on TV.

The friendship between Imani played by Zonke Mchunu, Marang played by Sharon Seno, Gugu played by Bukamina Cebekhulu and Rendani played by Innocentia has tongues wagging after it all fell apart thanks to a man. The once-inseparable besties had an unfortunate fallout after Imani dated her friend Marang's fiancé James.

Speaking to TshisaLIVE, Innocent said she also thought Marang was well within her rights to end her friendship with the selfish Imani, who slept with her fiancé.

“I feel with a friendship you think it’s going to last forever. You start to consider that person like your family and so you don’t see an end to that. So, when it’s like a shocking or abrupt ending, that’s worse.”

The actress said in real life, her best friends have become like family and would never subject each other to the kind of betrayal her on-screen friend endured.

Inno said some of the longest friendships she has were childhood friendships that were almost two decades long and still going strong. She said she was also grateful that unlike the fictitious and flimsy friendship between Rendani and her friends, her friendships were solid.

The actress said while she has personally lost some friends, she's happy to say it was never as a result of betrayal or conflict.

“I have lost a friend along the way but fortunately it was not due to conflict. It happened because we grew apart, as people often do in life. It happens and also we need to be OK with the fact that you were probably good for me 10 years ago but right now, where I am in my life, you are no longer serving me or I am no longer serving you.”

“It's OK that friendships die out,” Innocent said.

Innocent maintains that just like any other relationship in life, friendships should also have an expiry date if life deems it so.

On the SABC2 drama the friendship many viewers once thought was the ultimate example of #friendshipgoals was blown to pieces, thanks to James.

This resulted in the crack in the relationship as Marang thought her girl gang would be supportive, and root for her after Imani stole her man but they thought the situation was more complex.

Veteran actor Florence Masebene believes soapies of today do not have enough regard for the African languages spoken on their shows.
TshisaLIVE
11 months ago

WATCH | Buhle Samuels shuts down the internet with #SilhouetteChallenge

"Buhle said, 'Lemme close this trend once and for all!'," - Mzansi
TshisaLIVE
11 months ago

Flo Masebe on the rate of GBV in SA

'‘One of the grieving mothers I spoke to this week lost both daughters when their father set the house on fire. He burnt his own children’
TshisaLIVE
11 months ago

Tragedy struck for these 10 celebs this year