M-Net confirms ‘Real Housewives of Johannesburg’ has been ‘discontinued’ 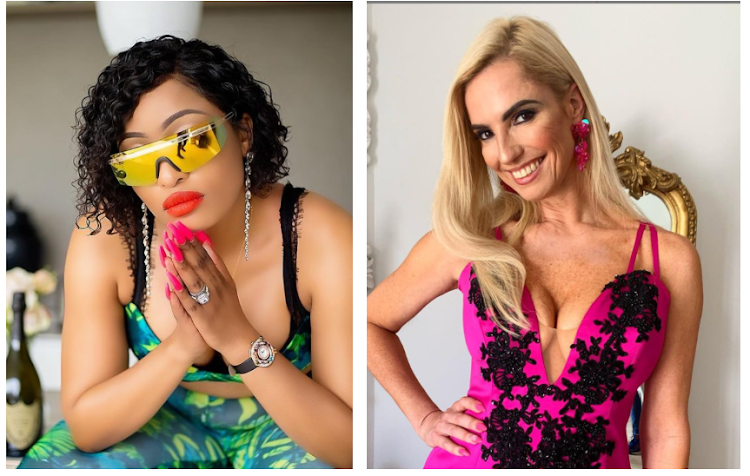 Reports about the fight, which allegedly happened more than four weeks ago at a club, came to light over the weekend. This after cast members were informed that the reality show had been canned by the channel and they were therefore free of the non-disclosure agreements attached to it.

M-Net confirmed to TshisaLIVE that season three of the reality show would not see the light of day, citing “unforeseen circumstances during production” as the reason behind canning the show.

“Season 3 of Real Housewives of Joburg has been discontinued at this time. This is due to unforeseen circumstances experienced during the production of the show,” M-Net’s Philly Khubeka said.

In an interview with TshisaLIVE, Christall claimed the club assault was caught on camera.

“Gugu Khathi is the one who punched me in the eye, resulting in a black eye. She did this when I was sitting and there was no threat to her. I have evidence to prove this. She (Gugu) is scared about what she has done and is trying to make out a case against me.”

The reality star said she plans to lay charges against Gugu and another RHOJ cast member who she alleges “aided and abetted” the “attack” on her.

Gugu has told followers on social media she acted in self-defence.

Engaging fans on her Instagram page, Gugu did not deny allegations about a physical altercation, but claimed Christall had assaulted her first.

Responding to a follower who asked why she beat up another woman, Gugu replied, “ushaye kuqala” which loosely translates to “she hit me first”.

Gugu denied the altercation between her and Christall was the sole reason behind the canning of the show and promised followers a longer statement, which she said  her legal team was working on.

Gugu did not respond to TshisaLIVE’s requests for comment at the time of publishing this article. 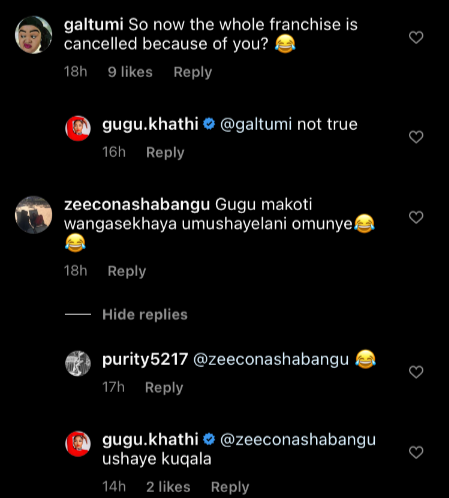 Here are screenshots of Gugu’s engagements with fans on the matter: 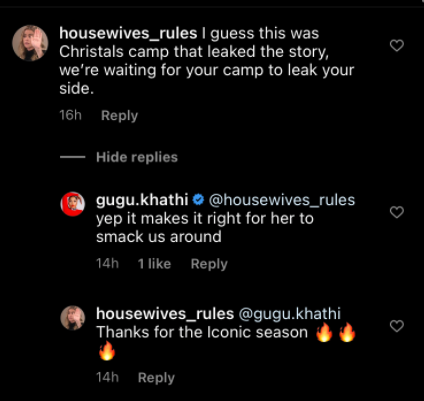 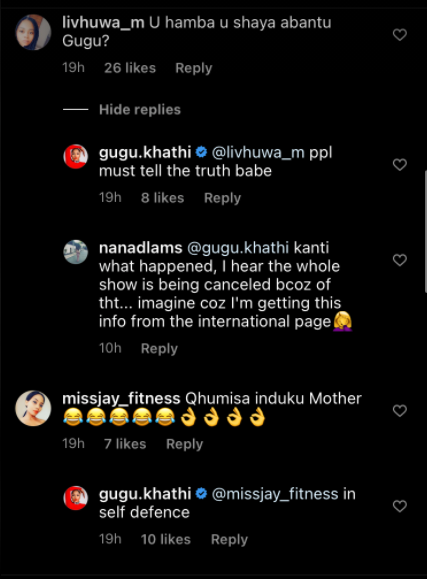 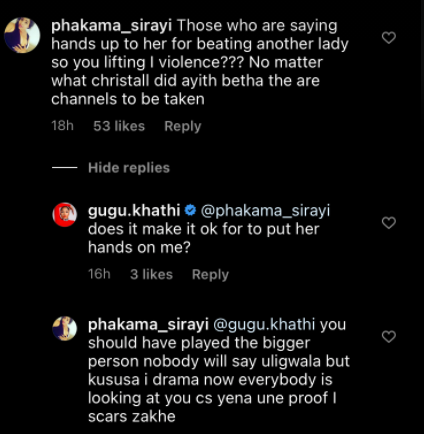 "Filming has almost wrapped and she is not appearing on the series."
TshisaLIVE
1 year ago

Fans of the reality show live for the unexpected bombshell moments on the show!
TshisaLIVE
1 year ago