Emtee on hard times after leaving Ambitiouz: 'I just tried to keep it moving' 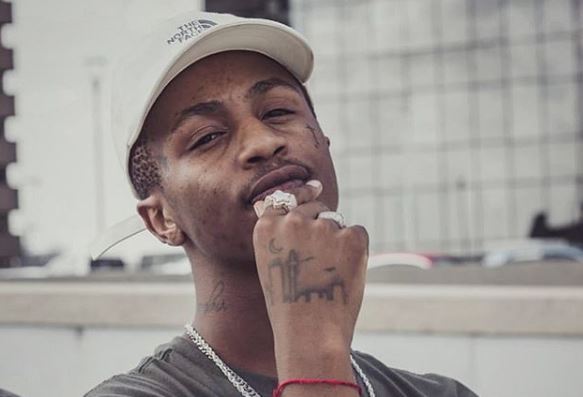 Rapper Emtee has spilt the tea on his struggles after leaving Ambitiouz Entertainment, explaining how he pushed aside the negative thoughts he had about his former record label and tried to just keep moving.

Sitting down with MacG recently, Emtee said he started to get frustrated with the label after he overworked himself, performing as many as six gigs in one night, for a standard salary at the end of the month.

He approached the label and after a lengthy public spat left the label.

He said the months that followed were some of the toughest of his life.

“I always try my best to not step out of character. So, even when I was feeling mad and like 'how can they do this to me', at the same time I would tell myself to walk away and close that chapter. Not talk to people who will gas me up, just keep it moving. I have two beautiful kids to focus on and a family.”

The rapper announced that he was planning to leave his record label Ambitiouz Entertainment in June 2019, posting the hashtag #FreeEmtee on Twitter.

Speaking to TshisaLIVE as he was leaving the label, Emtee revealed that his wife and children had moved in with his in-laws while he tried to find a new place for them.

“They (Ambitiouz) didn't repossess the house and cars. I don't have it any more. They helped me get it but it wasn't part of the contract. It was simply that I had problems with the maintenance and it is a matter between myself and the agents.

“I just kind of go where I can. My family isn't with me, they are with Avery's grandmother at the moment. I miss my kids but I try to be with them every day.”

AKA on why he and Emtee haven't collaborated yet: 'He’s a deep & complex character'

"I hope you find it in your heart to forgive me," wrote Emtee.
TshisaLIVE
1 year ago