SNAPS | Shopping, lunch & a hotel room photoshoot: Inside AKA and Nelli's last day together 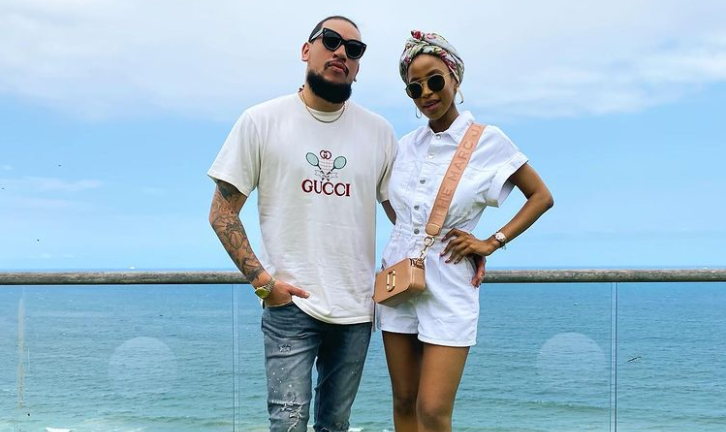 AKA and Nelli got engaged earlier this year.
Image: AKA'S instagram

AKA and his fiancée Anele “Nelli” Tembe spent what became their last hours together, shopping, having lunch with friends, at the rapper's concert and taking pics in their hotel room.

Nelli died on Sunday after apparently falling from the 10th floor of the five-star Pepperclub Hotel in central Cape Town. The 22-year-old's death was confirmed by the Tembe and Forbes families through a statement, saying they were shocked.

Just hours before Nelli's death, the pair spent a relaxed day in the Mother City.

Documented on AKA's Instagram Stories, the pair went shopping at Laduma Ngxokolo's store. When asked what she was doing in the store by AKA, Nelli said she was “just shopping”, and gave off her signature laugh.

She later showed off a pair of MaXhosa Africa sun glasses by the designer.

After the shopping trip, the pair joined some of AKA's friends for lunch.

AKA joked about offering tours of the city, which got the thumbs up from Nelli.

Nelli had lunch with AKA and his friends below Table Mountain.
Image: AKA's Instagram

Nelli had lunch with AKA and his friends below Table Mountain.
Image: AKA's Instagram

In the evening, AKA performed at Ayepyep Lifestyle in the city, before heading back to the hotel.

A final picture on his Stories shows Nelli in the hotel room, wearing black shorts and a white top. Her hand is over her face as she looks away from the camera.

Nelli posed for a photo in the couple's hotel room just hours before her death.
Image: AKA's Instagram

Exact details around Nelli's death are unknown at the moment but witnesses at the hotel described hearing a scream on Sunday morning, followed by a “loud doef” sound. They said they had also heard a man shouting.

Paramedics said they had been dispatched to the scene after being told a young woman “fell” to her death.

“She was in a critical condition and they started a full life-support resuscitation. Unfortunately her injuries were too severe and she was declared deceased,” said Netcare 911 spokesperson Shawn Herbst.

Nelli and AKA's families issued a joint statement, confirming her death and said the rapper “is now inconsolable and is surrounded by family and [his] closest friends”.

The couple were engaged in February and AKA reportedly met with Nelli's family a few weeks ago to start lobola negotiations.

Future Mr and Mrs Forbes: Here's 8 times AKA and Nelli were #CoupleGoals

Are you ready for the wedding?
TshisaLIVE
2 months ago

Families in shock after hotel death of Nelli Tembe, fiancée of AKA

Investigations into the death of AKA’s fiancée Anele “Nelli” Tembe are continuing and the cause of her death remains unknown.
TshisaLIVE
3 weeks ago

Musician said to be 'inconsolable', families to issue statements soon
TshisaLIVE
3 weeks ago
Next Article