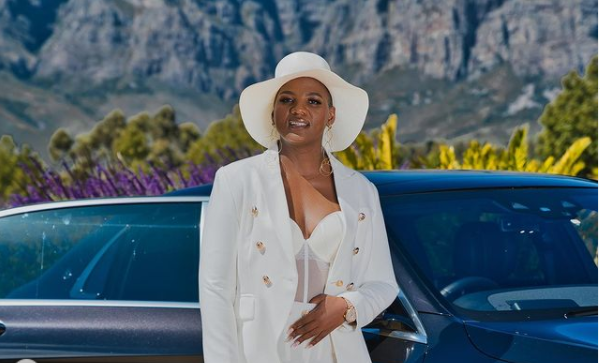 Kwa MaMkhize star and wealthy KwaZulu-Natal businesswoman Shauwn "MaMkhize"  Mkhize has got tongues wagging after she announced she would be building 20 houses for the underprivileged with the help of prison inmates.

Taking to social media, Shauwn revealed she had partnered with the SABC1 youth current affairs show Expressions and the department of correctional services to build 20 houses throughout the year for underprivileged people.

While Mzansi focused on trying to determine how wealthy the reality TV star is after she splurged on a R16m luxury car, the reality star came out to remind everyone about her charitable side with her latest construction project.

MaMkhize took to her Instagram to announce the project. She explained it would see her involving inmates, who she hopes to help give a “second chance” at life. She said she and her son, Andile Mpisane, visited the construction site where one of the houses was being built and she was impressed by the progress.

“Yesterday my prince Andile and I went to do a site visit at #1 of 20 houses we will be building this year.”

“We’ve collaborated with SABC 1's Expressions and the department of correctional services for labour,” she said.

MaMkhize's particular Rolls-Royce was one of the top 10 most expensive SUVs in SA, according to the 2019 SA Wealth Report.
TshisaLIVE
1 year ago

In the caption, Shauwn said she was impressed at the level of workmanship shown by the inmates, who are assisting to build the house as part of their rehabilitation programme.

“When we got there I was really impressed at the level of workmanship shown by the inmates and I have committed to assisting them as part of their rehabilitation programme which focuses on skills, training and return to work strategies. We all deserve a second chance in life,” she wrote.

In the video, Shauwn went on to explain what motivated her to take on the challenge of helping the needy.

The reality TV star said Expressions reached out to her and told her a “sob” story about a “family of children in KwaZulu-Natal who lost their mother. The family is now headed by a child in matric.

The story, “touched” her and further encouraged her to lend a helping hand.

“As I am celebrating my 20 years this will be one of the 20 houses I’ll be building. I think I can contribute and do something good for the poor child.

“There is a need for affordable housing and I will call on other businesses to help,” she said.

"All my life I've celebrated people, I've loved people but they've loved themselves and nobody loved me. So this time around, I love myself and I ...
TshisaLIVE
1 year ago

Talk about levels!
TshisaLIVE
1 year ago

"It’s obvious there’s something about me and it’s not just about the money," MaMkhize explained.
TshisaLIVE
1 year ago