Now that the beloved soap is over, the initially reluctant recruit to the cast says he’s going to miss it 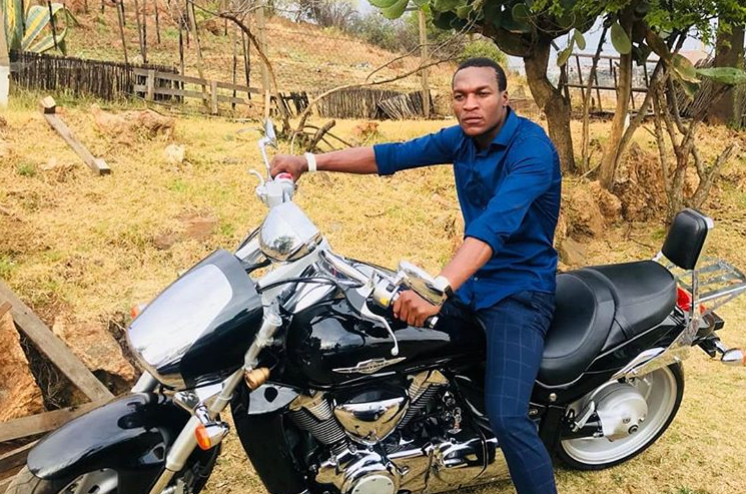 After eight years on our small screens, Mzansi Magic’s much-loved telenovela Isibaya has come to an end. Luckily, you can still stream it all on Showmax.

On April 2 2021, the long-running show gracefully bowed out of prime time television. The last episode was a bittersweet moment not only for viewers, but especially for the cast and crew of the multi-award-winning series.

To understand what Isibaya meant to its cast and crew, Showmax spoke to the show’s head writer and cast member Chris Q Radebe.

Chris never saw himself as an actor, but for the past two years he has come to embrace his role as lovable rogue chief Dabula.

You started as a writer on the show and Angus Gibson, the executive producer at Bomb Productions, convinced you to act the role of Dabula. What made you decide to do it?

While I was writing on Abomama, I bumped into Angus Gibson, who was a supervising producer for the show at the time. I remember Angus calling me into his office and he started taking pictures of me.

A few months later he said he had this role for me on Isibaya. I’m terrified of failure, so I didn’t want to agree to something and then do a terrible job at it. But Angus assured me that I’d be OK.

After filming Isithembiso, I realised how much I enjoyed playing the role. I even became emotional when my character died. So after that, Angus was more convinced than ever that I was the right guy for the Isibaya role.

What would you say was the most challenging thing about portraying Dabula?

I knew that so many eyes would be on me because Dabula was not just a cameo role. He was a significant character in the storyline, as he played the role of a chief.

Who was your ultimate fave among the roles Menzi Ngubane played? Mazwi, Ngamla, Judas or a different character?
TshisaLIVE
1 month ago

Some of those who worked closest with Menzi Ngubane have paid emotional tribute to the star.
TshisaLIVE
1 month ago

I thought about the guys who played the role before — the likes of Vusi Kunene and the late Andile Gumbi. I knew I had big shoes to fill. I kept asking Angus and Desiree if they were sure that I was the right person for this role.

I eventually went there and did my thing, and thankfully everything fell into place. My biggest compliment was when I met the late Menzi Ngubane and he said, “Chris Q Radebe is the best chief Isibaya has ever had.” He even bowed in front of me. After that, I’ve just been confident that I’m doing the right thing.

Isibaya started a culture of telling Mzansi stories differently. Did you have a traditional adviser helping you throughout, especially with storylines that involved tradition?

If there is one thing I appreciate about Bomb Productions, it’s how thorough they are and how eager they are to get things right. There’s a joke that [executive producers] Des [Markgraaff] and Angus are actually Zulu because they have relationships with so many people in KwaZulu-Natal.

We had all kinds of advisers. Angus is interested in things I should be interested in as a Zulu man and I’m not. He makes me feel like I’m not Zulu enough!

The Isibaya crew is also the best in the business by far and it’s all because of how Angus and Des care about the crew.

Do you think long or short term when creating these characters in your writing process?

Characters grow all the time. Qondi’s character, for instance, was meant to be there for only six episodes and next thing you know, she’s there for nearly seven seasons.

It’s always sad when a show that’s as popular as Isibaya ends. How did it feel writing and filming the final episodes of the show?

I came in as head writer in the middle of season 8 and I already knew that the show was coming to an end. But I looked at this like, “just keep on doing your thing”.

Writing the last episode was an absolute nightmare. I lost my nephew the day after Christmas and we wanted to finish filming at the end of January. While people were mourning in one room, I was writing in the next. So I didn’t have the time to feel that it was the end. I didn’t have the time to go through the emotions. I was going through the motions, not the emotions.

When I finished filming and they announced that it was a picture wrap for Dabula, I remember how emotional I felt. I was shooting with Asavela Mngqithi, whom I loved on the show. I remember Asavela hugging me and I said “stop that” because I didn’t want to be emotional. I was afraid I was going to relive those moments I was trying to suppress while I was writing.

I had grown to love every member of the crew. I love these guys so much that I know every one of them and their birthdays.

What’s next for you?

I’m working on a drama series for Mzansi Magic — that’s all I can say for now. I’m doing a lot of things and I can’t wait to see how they play out. I’m also looking forward to playing a role that’s different from Dabula.

If you’re feeling nostalgic about all the great moments on Isibaya, seasons 1 to 8 of the telenovela is available to binge on Showmax.