‘Silence is complacency and we cannot be complacent’: Miss SA ‘triggered’ by Lufuno Mavhunga’s death 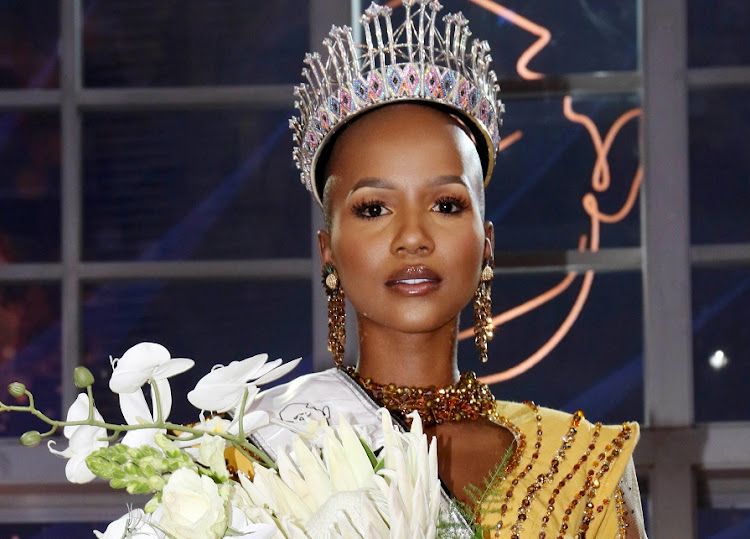 Miss SA Shudufhadzo Musida has opened about how the viral video of schoolgirl Lufuno Mavhunga being bullied by another pupil was a trigger for her.

This week, a video of Lufuno being bullied by a pupil at Mbilwi Secondary School in the Vhembe East education district made the rounds on social media.

In the video, the grade 10 pupil can be seen being confronted by two girls. One signals the other to move while she gets closer to slap Lufuno many times.

The victim grabs the pupil who is assaulting her in an attempt to block the blows. Other pupils can be heard in the background cheering the alleged perpetrator, who is also in grade 10.

The incident was confirmed by Limpopo education spokesperson Tidimalo Chuene.

Shudufhadzo said Lufuno’s death was triggering and made her emotional.

Taking to her Insta Stories, Shudufhadzo shared her story about being bullied when she was a minor.

“When I was 11/12 I got beaten up so bad by a group of guys and girls and I remember apologising so much. I remember the girls cheering on the guy who was kicking my ribs until I realised it wouldn’t help stop so I didn’t bother crying because I knew that wouldn’t help,” said Shudufhadzo

“My mom knew a little about the bullying but never how bad it is was. I was in pain for about a week but I couldn’t tell anyone. The Lufuno story is so triggering. All I can see is how she just stood there and didn’t do anything because you get to that point.” 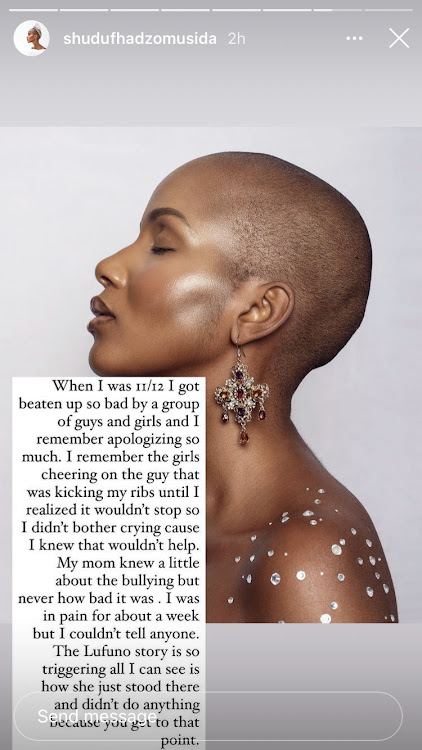 Shudufhadzo said she chose to share the story publicly because she was emotional about Lufuno’s death.

She said what happened to Lufuno shows the impact bullying has on mental health.

“This incident highlights how important it is to combat bullying and take action. Silence is complacency and we cannot be complacent when it comes to harm. My deepest condolences to Lufuno’s family,” said Shudufhadzo. 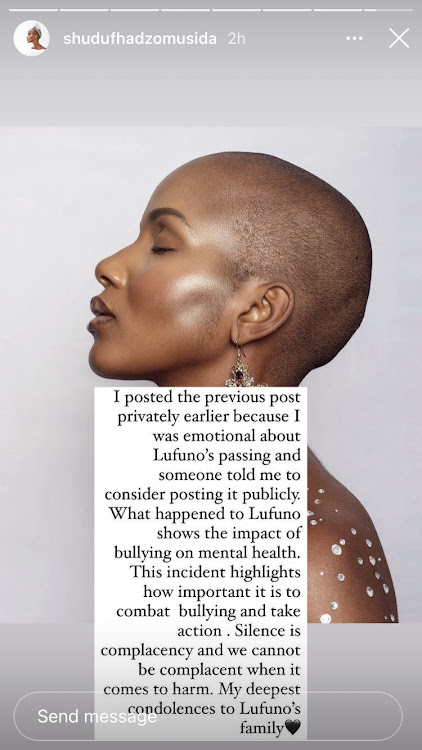 The perpetrator in the video, also 15-years-old, was arrested on Wednesday and will be dealt with in accordance with the Child Justice Act.

Police spokesperson Brig Motlafela Mojapelo said an inquest docket had been opened into Lufuno’s death, and a police investigation was ongoing.

Speaking to TimesLIVE, Lufuno’s older brother Dakalo said the perpetrator attacked his sister because she blocked her on WhatsApp and Facebook as she was sending insulting messages to her.

Dakalo said his sister’s death “hurt us a lot” because “she was a very peaceful person and she had love”.

“As a family, all we want is for Lufuno to find justice after what she faced. Maybe after that her soul will rest in peace.”

"I tried not to take anything personally. That is how I live my life" said Shudu.
TshisaLIVE
9 months ago