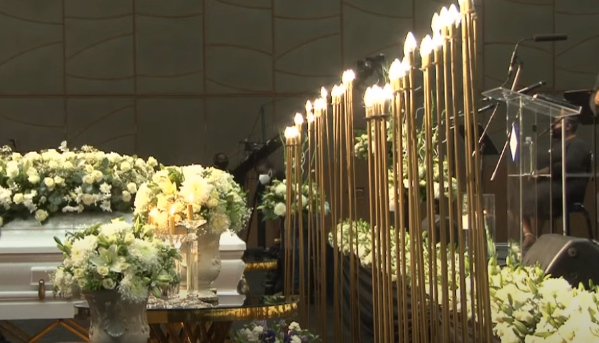 Nelli Tembe was taken to her final resting place on Friday.
Image: YouTube

Anele “Nelli” Tembe, who was 22 years old, was remembered in a touching final send off by close friends and family at the Durban International Conference Centre on Friday.

Nelli, who was engaged to rapper Kiernan “AKA” Forbes, died on Sunday morning after apparently falling from the 10th floor of the Pepperclub Hotel in Cape Town.

Due to Covid-19 safety precautions, attendance at the funeral was limited to 100 people, with only family and those chosen by the family allowed to attend in person.

AKA, who was among those who accompanied Nelli's body to Durban on Wednesday, was in attendance with his parents Lynn and Tony. 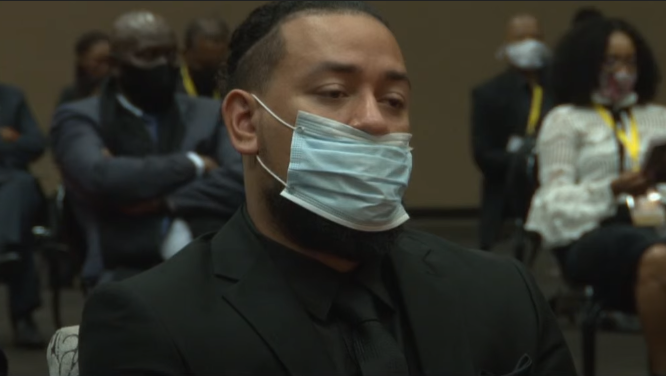 Nellli's fiancé AKA struggled to hold back his emotions during the funeral service.
Image: SS Media Productions/ YouTube

A live stream of the service was broadcast on YouTube for those wanting to pay their respects, and garnered more than 21,700 concurrent views during the ceremony.

The programme notes carried several messages from family members, including her siblings

“Anele deserved the whole world and so much more. Though she is physically gone, she’ll always be in our hearts and it was an honour to be able to call her family” Lwandle Ngidi wrote.

Nosipho Tembe shared words that Nelli would have said if she were there.

“In her own words (because she wasn’t too fond of her name, LOL). My name is Anele but I am not my name. I don’t see myself being enough to anyone, even myself. I am more than enough.”

Nelli’s sister Zama read her obituary, ending her address with the heartfelt promise: “We will always love you, Anele.”

Musical tributes were rendered by the KwaZulu-Natal Philharmonic Orchestra, conducted by Bongani Tembe, and the Clermont Community Choir. Words of comfort were shared by pastors Sinhle Cindi and Merick Habile. 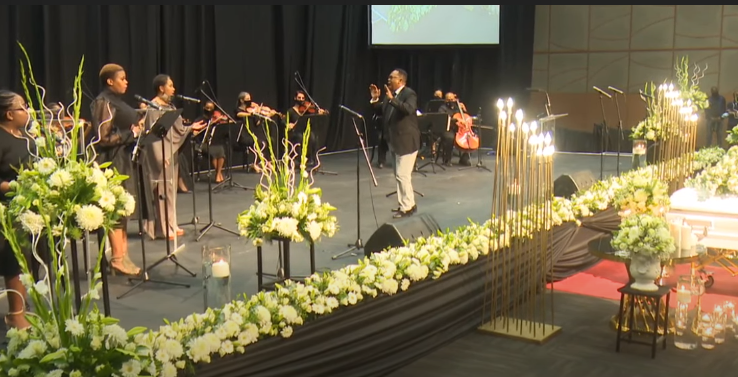 Nelli’s father Moses used the opportunity to set the record straight on rumours that Nelli was “chronically suicidal”.

“I cannot allow an unfortunate narrative to go unchallenged, a narrative that irks me to no end: that is ‘Anele was chronically suicidal’. All I can say is, until Anele turned 21, Anele would not consider taking her own life as the solution. Not a single member of her family, my family, would have associated her with suicide.

“As Anele’s father, I herby categorically state that Anele was neither suicidal nor did she commit suicide,” he said, warning about the evils of drugs and alcohol.

“We must understand the forces that put us in the situation we find ourselves in. We must, as a matter of extreme priority, deal with the scourge that bedevils our youth: alcohol and drugs.”

Bongani said Anele was the apple of Moses’ eye and said it was clear she loved Kiernan.

“Anele was a beautiful soul, and in our grief let us smile knowing she is now in the presence of the All Mighty and probably hugging her mother. I believe her life will not be in vain.”

After the service, the family travelled to the Lala Kahle Cemetry in Hillcrest, where Nelli's body was laid to rest.

Police have confirmed her death is under investigation.

"It's an unexplainable feeling to be standing in your home without you here."
TshisaLIVE
1 month ago

“It hurts that she’s gone. It’s difficult to accept, but at least I know she’ll be at peace. I just want you to know that I love you, and sorry ...
TshisaLIVE
1 month ago

"He lost the love of his life, someone he had taken advanced steps, culturally, to spend the rest of his life with," said AKA's publicist.
TshisaLIVE
1 month ago

"Our gatherings will never be the same without her, but we know her spirit and beautiful smile will shine bright on us,” AKA's close friend Jabu ...
TshisaLIVE
1 month ago
Next Article