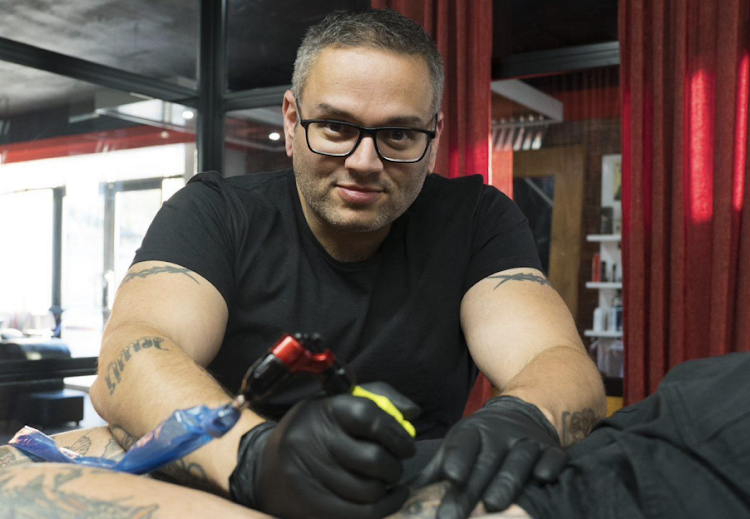 SA tattoo artist Lewis “Lew” Williams has established himself as one of the global authorities on ink, starring in CBS Reality's Rumble and Hum, and has reflected on his popularity.

Speaking to TshisaLIVE ahead of the second season of the hit reality tattoo show, Lew joked that he is not a celeb in the eyes of those close to him.

“I don't think I am a celeb. Mainly because my mom and dad still ask me if I draw on people for a living.

“The weirdest sort of 'celeb moment' I had was when I took my girlfriend out and there was this table next to us with an older couple and two young kids. I saw the kids looking at me and I'm like 'oh no, they recognise me'.

“But to my surprise, the father got up and said 'we are fans of your show', and the kids had no clue who I was,” said Lew.

Chatting about the stigmas that once surrounded the tattooing community, Lew said things have changed for tattoo artists since the turn of the century.

“For a long time, we had this misnomer, or this misconceived notion that tattoo artists were criminals or gangsters. I think for a large part of it, there was a time when it was potentially more true than not.

“But since the 90s, tattooing has sort of flourished and artists are just that. They are not just business people, they're also artists.

“The intimidation and ego factor aside, we are perceived as such because of a legacy issue and I think that legacy is long since dead,” said Lew.

Love etched in ink: Khanyi Mbau gets a tattoo of her bae

"I'm one lucky guy, she tattooed my name on her."
TshisaLIVE
3 months ago

The rapper is known for his neck tattoo.
TshisaLIVE
11 months ago