‘You strip people of their dignity and you breed a nation without a conscience. Our children are a reflection and extension of us’ 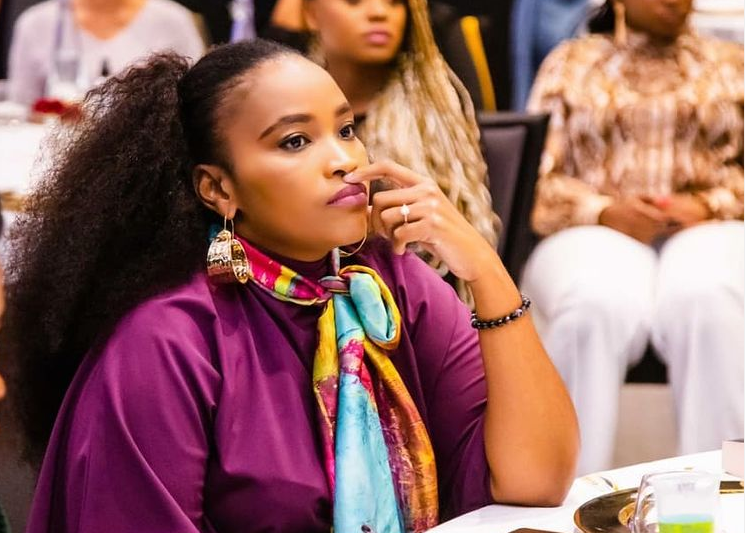 Actress and author Ayanda Borotho has weighed in on the issue of bullying after the untimely death of 15-year-old Lufuno Mavhunga, explaining how she feels society ought to do better at addressing the issue because it not only happens in schools and on social media.

A video in which Lufuno is seen being beaten by another pupil went viral on social media last week. It was followed by the news of Lufuno’s death when it emerged the teenager had allegedly taken her own life just hours after the incident.

Ayanda, who is known for often sharing her views on matters affecting society, took to Instagram to weigh in on the topic. The author shared other types of bullies she has observed.

“The fact is .bullies are not just the ones wearing school uniforms. Let’s not fool ourselves. Bullies are everywhere. They are in our workplaces posing as our bosses or heads of department telling us how useless we are, in our schools teaching children and calling them stupid, colleagues who lie and discredit our characters.

“They are the loud and funny friends whose bullying tendencies are disguised as jests or the ‘sacred ones’ who give you the silent treatment because they are protecting their energy (by the way, silent treatment is a form of emotional bullying), they are in the police force telling us ‘we wanted it because of what we are wearing’ when we report a rape case, they are our husbands who think they own us because they bought us from our parents, they are our mothers who take out what they endure on us,” Ayanda said.

The Unbecoming To Become author said the only way society would ever be rid of such behaviour was if everyone was honest about the root of the issues.

“We keep boxing these barbaric ‘acts’ as if they are random. It is ‘GBV’ one day, ‘bullying’ the next and ‘police brutality and insensitivity’ the next. To hell with boxes, let’ s talk about why the box exists in the first place.”

Ayanda said the nation had fast-tracked healing after apartheid and didn’t take the time to confront the past truthfully and heal.

“You strip people of their dignity and you breed a nation without a conscience. A people hell-bent on normalising what is inhumane because that’s how every pillar of society treats them. Our children are a reflection and extension of us.”

While the family of grade 10 pupil Lufuno Mavhunga dealt with losing their bullied child to suicide, the family of her alleged attacker watched as ...
News
9 months ago

Ayanda Borotho is all about finding true and inner peace with self.
TshisaLIVE
11 months ago