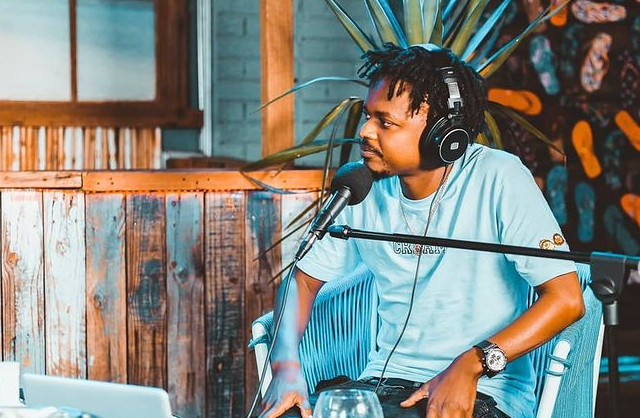 MacG, host of 'Podcast and Chill', was slammed for 'disrespectful' comment about Boity Thulo.
Image: Instagram/MacG

While MacG is known for his unpredictable and often unfiltered comments about SA celebs, his recent comments about TV personality Boity Thulo resulted in him receiving a backlash on Twitter.

The Podcast and Chill host landed on the SA Twitter trends list alongside Boity after he released a video clip of him taking part in a question-type feature in which  he had to answer if he would “marry, f**k or kill” a certain celeb.

In the caption of the clip, MacG said the crowd had asked him who he would marry, have sex with or kill if his only choices were Bonang Matheba, Boity  and Thando Thabethe.

In the clip the podcast host immediately said he would marry Bonang. He hesitated between his two remaining options when asked who he would have sex with. MacG’s co-host Sol was surprised by the hesitation, knowing how MacG has slammed Thando in the past and implied that “killing Thando” seemed like an obvious option.

That’s when MacG made the “distasteful” comment about Boity.

“The problem is everyone has f***** Boity,” MacG said and everyone around laughed out loud.

When TshisaLIVE reached out to Boity’s management for comment on the matter, her manager Bash said they did not wish to comment at the moment.

After the video made its way to Twitter, many slammed the comments".

“Watching these clout chasing acts in disbelief. Is this us ? Not like this bafethu,” Cassper tweeted as MacG and Boity trended.

Others felt MacG’s comments were fuelled by a grudge he’s holding against the TV presenter-turned-rapper because she’s been blue-ticking his invites to have her as a guest on his show.

This after MacG explicitly said Boity was ignoring his invites and that the rapper always gave him excuses like she has not got time when confronted about the invite.

However, a few fans defended MacG, saying “what’s the point of having podcast if the guy can’t say what he feels?”.

Watching these clout chasing acts in disbelieve. Is this us ? Not like this bafethu.

There's freedom of speech and there's disrespect, that MacG comment on Boity was out of line. Mad disrespectful.

I don't know what MacG said but whatever it is I support him
Pls don't attack me kena le alostro pic.twitter.com/dkTaZv5zsC

What MacG said about Boity is disgusting. That was a vile comment. A lot of women walk around with self-esteem issues because of such comments, some go as far as committing suicide or having to relocate from one neighborhood to another. We grew up in the hood, we’ve seen this.

MacG trying is hard to be an outcast, slandering women has never been fashionable, no wonder the in corners comnents... Simply apply this, if he said these remarks about your mom, sister or gf on podcast, would u still laugh? If yes, then seek help, MacG uncensored won't help.

Just cancel MacG if you want to, but don't involve us. pic.twitter.com/dGXvsPJpKG

What do you think MacG should ask Trevor?
TshisaLIVE
6 months ago

These are the things Phat Joe had to say on MacG's podcast.
TshisaLIVE
6 months ago

Studio 88 distanced themselves from Podcast and Chill and terminated - with immediate effect - "any business/sponsorship relationship we may have ...
TshisaLIVE
6 months ago