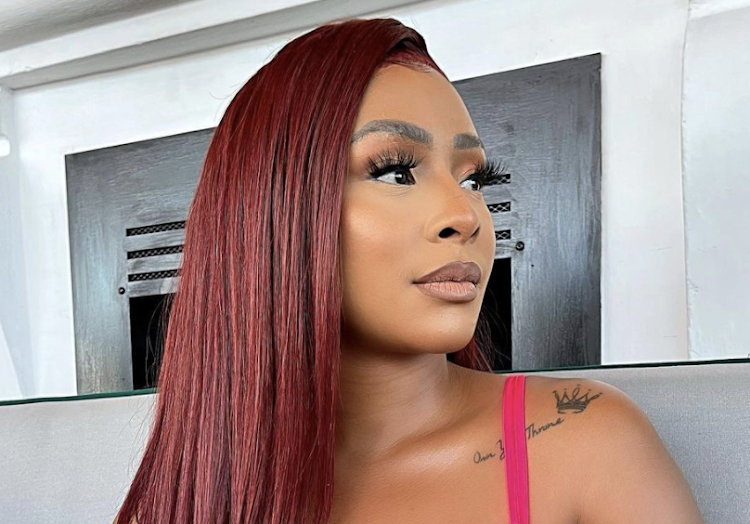 With BT Signature hot off the presses, Boity responds to the backlash.
Image: Instagram/Boity Thulo

Bakae hitmaker Boity Thulo has responded to criticism about the price of her range of alcoholic and nonalcoholic cider.

Chatting to TshisaLIVE on the TshisaPOD series, Boity said she was aware of the negative commentary around the R200 per six pack price tag, as well as the range being sold exclusively at Shoprite Liquor.

However, the star believes the drink is well worth the price.

“I know there was a lot of criticism of the price, but there was also a lot of support. People were saying the BT signature obviously is less than other drinks on the market and for me, I think we have created a really premium drink. It's for a discerning palette.

“We felt like while it may not appeal to everyone, I felt like everyone is getting good value from BT Signature. Because, even if you taste it, you can taste the difference. I definitely think it's worth the price, for sure,” said Boity.

Boity also responded to what was perceived as a 'sub-tweet' by poet Ntsiki Mazwai when she tweeted: “All your celebs have booze but no educational degree.”

Even though Ntsiki didn't mention names, fans believed it was a dig aimed at Boity who had just launched BT signature.

Boity, however, believes there are many ways to measure success.

“I think there are lots of ways to measure success in life. Having a degree is obviously one of them and, I wholeheartedly applaud people who have achieved their personal goals. But I think it's also really important to recognise that different people have different life aspirations and success can be measured in so many different ways. That is exactly why I named BT signature what I did, your signature is your personal mark.

“Being a major shareholder and director of BTMK beverages, is one of the ways I'm making my mark, and one of the things worth celebrating. Didn't need a degree for that one!” Boity said.

The star recently released the music for 018's Finest. Being born and raised in Potchefstroom, Boity wants to put her hometown in the spotlight as Mzansi doesn't often get to see that side of the nation.

“We don't have enough songs that celebrate where we come from. Normally when people speak of the North West, they think of Mahikeng. I felt that it was about time to put different parts of the North West at the forefront, not just Mahikeng. It's not just about me, it's also to celebrate everyone who comes from there and to shout it out,” she said.

Tweeps felt MacG's comment were "uncalled for and in bad taste".
TshisaLIVE
1 year ago

The star's fans alerted her to the supposed "scam" happening on the TL.
TshisaLIVE
1 year ago