Image: Instagram/MacG MacG has a list of celebs he invited to his podcast but he's still waiting for responses from them.

MacG has shared a list of celebrities he is certain won’t be guests on his show because of its unfiltered and often controversial approach to interviews, and it includes most of Mzansi’s faves.

The Podcast and Chill host shared the list on his latest episode, saying he believed it was because “I think the real ones will always come to the show, the scammers will always blue tick us” MacG said.

It all began when MacG said Skhumba was scared to be interviewed on his podcast and played a voice note in which the comedian admitted he thought the Chillers were bit too “crazy”.

“MacG has been chasing for over a year now, if not a year. I’m not ready for the Podcast and Chill. You guys are crazy. But still, I watch it. I’m a fan,” the comedian said in a voice note MacG played on air.

Here’s the list of other celebs MacG thinks chillers will never see on the show:

MacG said he asked the DJ to come onto the show but was he can’t do it because he doesn’t trust himself.

“Listen dawg, I’d love to come on but I don’t trust myself so I won’t come on.”

MacG claims Boity has been blue-ticking his request for ages.

“Boity, how long have we been trying ?”

He said Boity always gives him excuses like she ain’t got time.

Apparently the rapper will “never ever” appear on the show. MacG says whenever he tried to reach out to his manager, he would be hit with “Cassper is not doing interviews right now” but then MacG would her him on some other podcast or see him TV doing interviews. 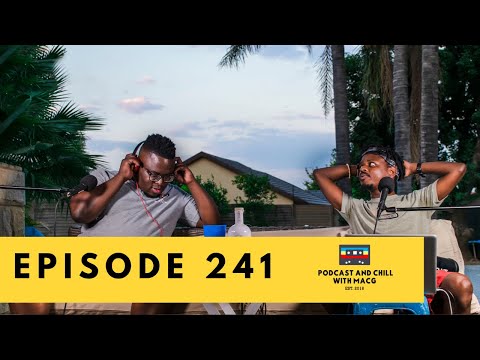 “Nomuzi is definitely not coming. We tried to have her twice and she blew us off both times.”

“AKA was very weird man,” MacG said before explaining that after growing a relationship with Tshiamo (AKAvs former road manager), Tshiamo told him the rapper was scared to come onto the show.

AKA had once tweeted he would love to be on the show, which is why MacG felt it was weird that he has never expressed his interest to his manager to appear in the podcast.

MacG said there was no beef, he just figured the DJ would never appear on his podcast to protect his brand.