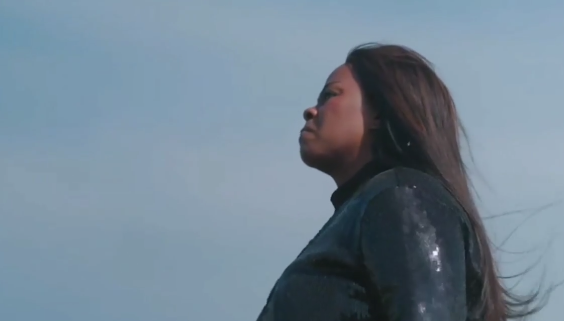 Award-winning actress Dawn Thandeka King had fans deep in their feels this week when she took her final bow as her popular character MaNgcobo on Uzalo.

The “Kingpin of KwaMashu” made her final appearance on the show, rallying her troops for one last time before she heads into hiding in Mozambique.

She added that because the gang's recent heist had shaken the community, they needed to lay low for a while.

“I have to lay low for a bit longer than you because they want to take me out,” she explained.

She ended with a final salute to KwaMashu and emotional final farewells to those she loved.

Later Nkunzi told her daughter they should start to live without her .

Reflecting on her final scene after shooting last month, Dawn shared her gratitude for being able to play MaNgcobo.

“End of an amazing era. Thank you Stained Glass TV and SABC1 for everything. I will miss MaNgcobo and I will miss everyone who opened their hearts to me. It's been a beautiful journey.  Until we meet again,” she said.

In a statement sent to TshisaLIVE earlier this year, Uzalo confirmed Dawn's departure, along with Siyabonga Shibe and Jet Novuka, wishing them all the best for the future.

“We are incredibly fortunate to have worked with such a remarkable host of actors. We thank Siyabonga Shibe, Dawn Thandeka King and Jet Novuka for the great work they produced as part of the 'Uzalo' family. We wish them all the best in their future endeavours,” said the show's executive producer Mmamitse Thibedi.

The exit left fans deep in their feels, with many praising her final scenes and calling for her to win awards for the performance.

Uzalo will never be the same.😭😭. Much love for u Mangcobo, uguluva, inja ye game. #uzalo

Thanks for giving us Mangcobo I will switch to deepcity until she comeback from Mozambique....Uzalo will be boring without her

What an exit by Mangcobo she will dearly be missed. #uzalo pic.twitter.com/X2C6bdEExB

MaNgcobo was the only one who made me watch Uzalo without her I'm lost.

Mangcobo leaving #uzalo after an amazing performance there. She's now killing her role in #DiepCityMzansi.

To more SAFTAS for her!

Mzansi TV is as entertaining as ever with new cool shows on the block!
TshisaLIVE
9 months ago

"I gave it a try and it turned out great. I was like, 'Oh wow, this is actually a nice track.'"
TshisaLIVE
11 months ago