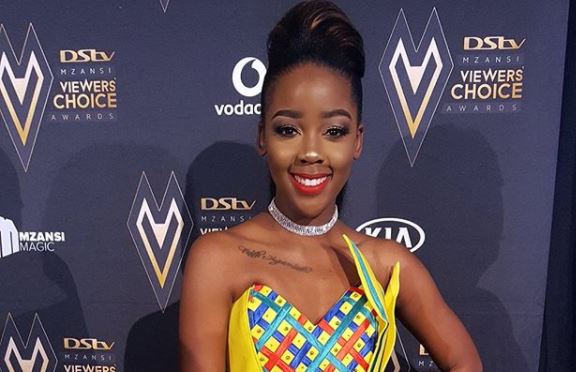 The KZN born actress — who is now based in the States — will star alongside Viola in an upcoming film titled The Woman King.

Tweeps gushed over how deserving Thuso is and sang her praises, as they agreed with several international publications and blogs that sis is definitely a force to be reckoned with!

Deadline reported on Wednesday that Viola and Julius Tennon of JuVee Productions issued a statement, saying they were “mesmerised by Thuso” and that she was perfect for the project.

“The depth and complexity of emotional life, her authentic beauty, and regalness is potent. We were mesmerised by Thuso Mbedu. We wanted Woman King / Nawi to be the vehicle to introduce her on the big screen,” they said.

Thuso topped the trends list from Wednesday right through Thursday morning as the TL sang her praises.

“So happy for Thuso Mbedu. That girl is extremely talented. She deserves this and more,” one tweep said.

“Thuso Mbedu is definitely winning an Emmy, Golden Globe, a Bafta this year,” concluded one fan.

Mzansi celebrities including Terry Pheto, Bridget Masinga, Phemelo Motene and many more took to their respective TLs to celebrate the actress.

Here are some of the top reactions from Mzansi celebville:

As the universe rolls the red carpet for you sis @ThusoMbedu 👏🏾👏🏾👏🏾. You are worthy in every way and this is just the beginning. https://t.co/1ku3CqCYr3

This is what Viola Davis had to say about Thuso Mbedu. Watching you soar is beautiful @ThusoMbedu pic.twitter.com/A7ngVxqTr9

Keep shining bright and keep winning. You did it! https://t.co/EhiYsu6Vmd pic.twitter.com/muFByWBett

What a time to be alive.... Powerhouse Viola Davis @violadavis and our very own Dynamite Thuso Mbedu @ThusoMbedu team up in the epic The Woman King.. What a time to be witnessing such brilliance! Siyaziqhenya ngawe mbokodo @ThusoMbedu "ilwa ntombooo!" https://t.co/eCrgsKijkM

Thuso Mbedu is raw talent,from MTVShuga,Isthunzi to global recognition.. She deserves all and everything coming her way,She must collect it all. 🤧🙌🏽🇿🇦🙏🏾 pic.twitter.com/p5MeNv7R4i

"There are so many great shows on SA TV I’ve been watching. So much talent! I pray there’s a place for me."
TshisaLIVE
1 year ago

Levels! Thuso Mbedu got historic 'Underground Railroad' role at first US audition EVER!

SA actress Thuso Mbedu is the queen she thinks she is.
TshisaLIVE
1 year ago