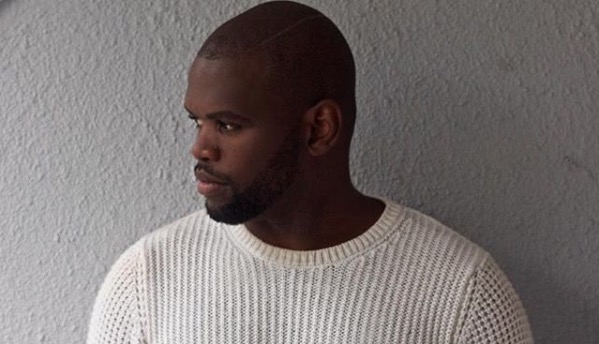 Siv Ngesi took aim at the police for their alleged treatment of the 14-year-old girl who bullied Lufuno Mavhunga.
Image: Via Instagram

Media personality Siv Ngesi ignited a heated debate on social media on Thursday after he weighed in on the arrest of the 14-year-old pupil for the bullying of Lufuno Mavhunga.

News of Lufuno’s death made headlines after the 15-year-old took her own life by overdosing on pills earlier this month, just hours after being beaten by another pupil. Footage of the incident showing Lufuno being repeatedly slapped in the face went viral on social media.

The 14-year-old was arrested by police earlier this month.

Siv took to Twitter to share his views on the incident and the perceived treatment of the teen by police.

The TV personality said he didn't understand why the girl was being treated like she was guilty of murder.

“So that young 14-year-old girl who was caught on camera bullying the girl who committed suicide is being treated like a brutal criminal ... she is guilty of bullying, not murder! Kids bully ... just saw footage of her in court ... catch the real criminals!” Siv tweeted.

The actor then added, “No-one said she is being charged with murder, all I am saying, she mustn’t be treated as such”.

No one said she is being charged with murder , all I am saying , she mustn’t be treated as such

In the wake of the debate sparked by his initial tweets, Siv returned to explain that he was in no way saying bullying shouldn't be addressed.

He backed up his views by suggesting what punitive actions he believed the girl should be subjected to, which included the likes of community service and anger management.

Her bail was R1500 ... more than some murderers and rapists

Siv's views sparked a debate among his followers, who weighed in on the comments section.

While some agreed with Siv, saying the justice system and police ought to remember that at 14 years, the girl was still a child and that while she needed to know that her crime was serious, she should still be treated with love.

Others had a different take on the matter, saying while the teenager was not a murderer, she needed to understand the repercussions of her actions.

Here are some of the opinions below:

No one is defending a bully or saying Meg here!

To add on what you are saying, hopefully without sounding insensitive, it was never her intention to drive the deceased into suicide and i wish we could understand that and realise that that kid never intended for this to happen

Bullying is a real problem. Maybe this will be a wake up call to all bullies. Maybe the time has come to treat bullies like criminals. They cause irreversible damage to other kids and go on as if nothing has happened.

I don't believe she should be charged with murder, Instead counselling and community service. I think she needs some love maan.

Brutal criminals start as "14 year old bullies", she needs to know that there are consequences to her actions & her age doesn't make those consequences less hectic.
Thoriso's killers were also "just kids", his parents are without a son today, all the hands of teen-something y/o.

The case of a 14-year-old girl arrested in connection with the assault on schoolgirl Lufuno Mavhunga has been postponed to Thursday.
News
1 year ago

Principal admits to beating at school where Lufuno Mavhunga was bullied

In the song, Makhadzi pleads with people to leave her alone as she's accepted and loves herself despite their remarks.
TshisaLIVE
1 year ago

‘You strip people of their dignity and you breed a nation without a conscience. Our children are a reflection and extension of us’
TshisaLIVE
1 year ago