'I had to make sure Black Coffee feels at home', says viral SA 'Groove Queen' 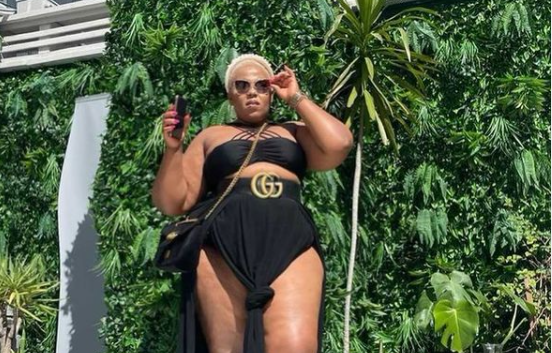 SA-born Mbali Thusi became an overnight internet sensation after a video of her breaking it down at DJ Black Coffee's gig in Texas went viral on social media, but she told TshisaLIVE she was just there to make sure the DJ felt at home.

South Africans immediately identified Mbali's dance moves and knew from the moment she pulled out a version of Uncle Vinny's viral moves and the “Savannah” that she was flying the flag.

Chatting to TshisaLIVE, the now popular “groove queen” explained that she was at the gig purely to show some love to her homeland and home talent.

“As a Durbanite, I had to represent and make sure that Coffee feels at home!

“I was born and raised in Hammarsdale KZN. As a South African, I always like to support our SA artists. As you know, Black Coffee is the king of music, so there was no way I could miss his show,” she said.

Mbali said that whenever she got the chance to turn up, she attended such events with her friends.

“I do turn up with my friends when we do day parties. People really loved me there and the crowd was very friendly. One lady gave me her Valentino hat and someone gave me a bottle of Patron.”

Meanwhile, everyone who watched Mbali's now-viral videos agreed she was a vibe! Even Black Coffee couldn't deny how Mbali brought the vibe and made his show THAT much better.

“Houston was insane, they were shook but ubeyivibe oNono,” Coffee said referring to Mbali.

Here is the video, in case you missed it:

Moghul was in America to teach them how to "Savanna challenge", and is now the centre of the internet.
TshisaLIVE
1 month ago

A video of former president Jacob Zuma attempting a TikTok dance challenge has shut down the TL, drawing tons of reaction from social media users.
News
1 month ago

Black Coffee thinks Elsa Majimbo is the girl she thinks she is!
TshisaLIVE
3 months ago