Fans of Jack Mabaso will say goodbye to the villain on Wednesday, May 12! 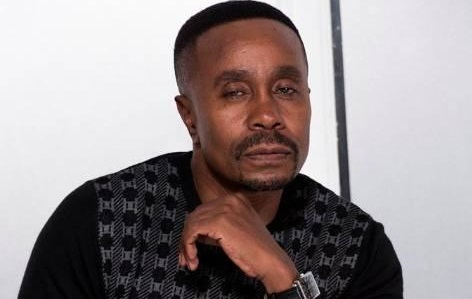 TshisaLIVE confirmed over a month ago that veteran actor Vusi Kunene, popularly known for his Jack Mabaso role, was leaving Generations: The Legacy and now the SABC 1 soapie has shared that fans of the OG veteran will bid him farewell in a bloody exit on Wednesday.

After five years on Generations: The Legacy, Vusi is taking a break from the show.

In a statement shared with TshisaLIVE, Vusi said playing the villainous character has been thrilling for him and it has been a pleasure for him to breathe life into the character.

“I’ve always had a serious passion for Jack. He is the most popular character I have ever played and bringing him to life has been a pleasure. I’m really going to miss everyone because Generations is like a family,” Vusi said.

The actor explained that he loved that the cast and crew of the SABC 1 soapie were a close-knit family and that it was teamwork that made the dream work for them.

“It’s not one person’s work, it’s all our work. We all pull together and that’s what makes it so special.”

Generations: The Legacy producer Karen Vundla had nothing but great things to say about the veteran actor.

“Vusi Kunene is one of SA’s most talented actors and it has been a privilege for us to enjoy a long history with him. We are incredibly sad to see him go but we wish him all the best in the new projects he chooses to pursue.”

Jack Mabaso’s exit will air on Wednesday, May 12, when a long-standing bitter rivalry comes to a bloody head.

The character of Jack Mabaso is one of the OG TV villains and actually started out as the character Mzansi “loved to hate” and “hated to love” in the original Generations that had the likes of Karabo Moroka (Connie Ferguson) and Sibusiso Dhlomo (the late Menzi Ngubane).

Vusi then returned to the show in late 2015 after a stint on Isibaya and Isidingo.

“We are bringing in interesting characters, big characters. We’ll bring back people like Jack Mabaso because we are in a life or death struggle with our competitors. We got ourselves a striker. That will mean we’ll score more goals,”  Generations boss Mfundi Vundla told TshisaLIVE at the time.

Goodbye Jack Mabaso. Leave the glove at the door, please.
TshisaLIVE
3 months ago

Actor Sekoati Tsubane reflects on why his Generations days were 'brief'

Actor Sekoati Tsubane has come a long way since his Generation's days and has admitted that his brief stint at  soapie came as a result of too much ...
TshisaLIVE
3 years ago

Brenda Mhlongo: My life made a 360 because of Generations The Legacy

Even though actress Brenda Mhlongo's career spans over two decades, many only began to witness her talent on SABC 1's popular soapie Generations: The ...
TshisaLIVE
3 years ago