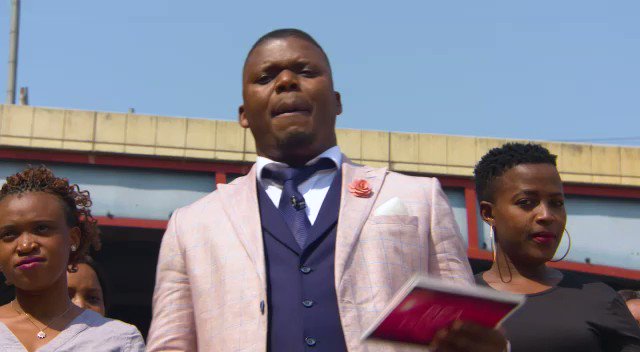 Bishop Makamu of Endless Hope Bible Church is one of the hosts of 'Rea Tsotella'.
Image: Moja Love via Twitter

Moja Love has confirmed it has accepted TV presenter and Bishop Israel Makamu's decision to step down pending an investigation into a viral recording with “sexual connotations”.

In a statement issued on Tuesday, the channel said Bishop was identified as the person behind a voice recording of a telephonic conversation that is alleged to have sexual connotations.

On the recording, the AmaBishop presenter could be heard asking the woman if she was alone as he planned to go see her. He then proceeds to ask the lady, “o tlo mpha? (will you give me)”, to which the lady — who refers to him as “daddy” — replies with a “no” multiple times before giving in and saying she would do so on Sunday.

Bishop is a pastor in real life at the Endless Hope Bible Church and he's part of several shows on the channel, including Rea Tsotella.

The channel said the bishop admitted that it was his voice in the viral recording, however, he denied that the conversation was sexual.

“On consultation with the channel, Bishop Makamu maintains that he is innocent and says that the recording dates back to 2017. He says the lady in the recording worked for him and their conversation was not sexual in any manner and it was altered to extort money from him. He says he thought the matter had been resolved back then but it suddenly emerged again three weeks ago. Bishop Makamu suspects his character is being assassinated.”

In the statement sent to TshisaLIVE, the channel maintained they would investigate the matter before the bishop would be reinstated back to the channel.

They added that while they have the bishop's version of events, they would do a rigorous investigation to establish the truth around the circumstances of the recording.

“As a channel, we take this recording very seriously. We have started with an internal investigation and are reaching out to the lady in the recording to find out the events around the recording. One of our properties, AmaBishop, reveals behind the scenes shenanigans that pastors and bishops engage in and impose on the public. We cannot ignore a recording of this nature where one of our hosts is implicated. We have to establish the facts and truth before Makamu comes back as part of the team,” said Moja Love’s Head of Channel Bokani Moyo.

Controversial Pastor Paseka 'Mboro' Motsoeneng has been leading a prayer campaign for Makamu.
TshisaLIVE
1 year ago