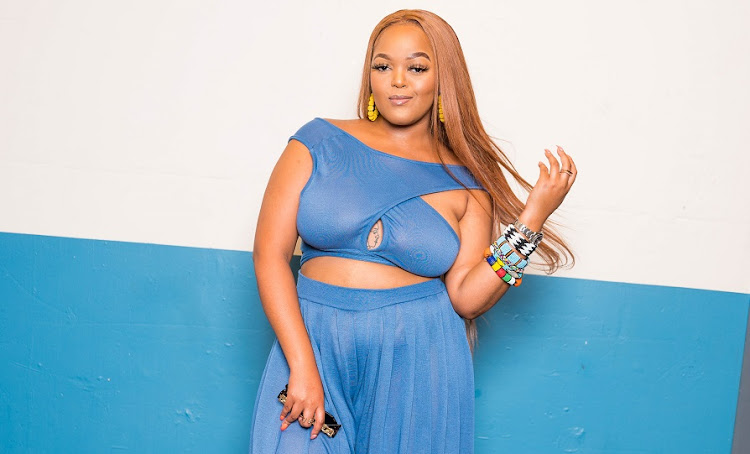 DBN Gogo is making waves across Mzansi and she says it's just the beginning.
Image: Austin Malema

DBN Gogo has once again had to shut down naysayers for turning a blind eye to her hard work and instead credit her politically-connected family for her growing fame and success.

Businesswoman and mining magnate, Bridgette Radebe, is her stepmother.

In a chat with TshisaLIVE, the hitmaker and co-creator of the #DakiweChallenge laid down her truth on the matter, slamming all assumptions that she got some advantage because of her parents.

“I started from the bottom and what my family represents due to their occupation has had no impact on my career.

“Instead, my parents only found out a year ago that I was taking DJing as a serious profession. I can thank my friends in the music industry for assisting me and providing an opportunity for me to participate and show off my talent,” she said.

DBN Gogo says her hard work will always speak for her and that her legacy will be described as the “jam-packed entertainer”.

Speaking on the recent success of her hit track Khuza Gogo, the DJ said her journey had only just begun and asked fans to watch out for more.

“Khuza Gogo has had a powerful impact on my career and has pushed me to boundaries I never expected. The love society has given is truly beautiful and all I can say is we are about to bring you a blockbuster, DBN Gogo has only begun.”

And true to her word, the DJ recently went viral again for bringing the heat with hot dance moves that soon became the #DakiweChallenge.

Check the video out below:

On her recent collaboration with Ballantine's, Gogo explained that it was formed by the love of music and entertainment.

“I was looking for a brand that could translate the love I have for the entertainment space and Ballantine's was willing to assist.”

Together they partnered up and created stunning visuals for the Stay True doccie-style collaboration.

“The simple idea of 'stay true and leave an impression', that literally screams DBN Gogo, having the ability to relate to my tradition and my city and using its sounds to project my love and passion for the house and amapiano genres. Every performance I present is not about the set or skill but stamping the performance energy.”

DBN Gogo described what she feels the doccie will do for her brand and career.

“The show does not feel like a reality show, it feels more like a documentary, highlighting the ventures and important moments that have impacted my career and introducing society into the world of the amapiano industry and the impact my background has had on who the brand DBN Gogo is.

“You make your own reality, and never allow anyone to determine what possibilities or heights you can reach. Stay true to yourself!” she said.

DBN Gogo: It’s tough to break through, but females can do 'yanos

DBN Gogo on fame: I struggle to say no

She said one of the hardest lessons she is learning is to say no.
TshisaLIVE
2 years ago

DBN Gogo catches heat for comments on SA being shut down, not just groove

"My problem is gov not actually dealing with this. But finding scapegoats," tweeted DBN Gogo.
TshisaLIVE
1 year ago