'Mr Forbes takes the current events playing out since this past Sunday seriously. It is regrettable that he and his brand are now associated with GBV' 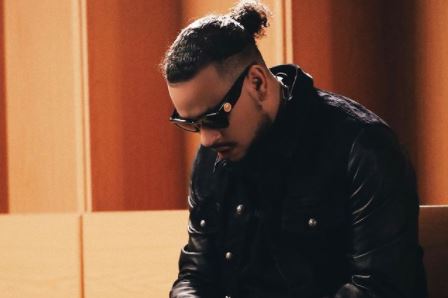 Rapper Kiernan “AKA” Forbes' legal team has moved to address allegations of GBV as calls to #MuteAKA mount.

This after video footage of an incident involving AKA and his fiancée, the late Anele “Nelli” Tembe, went viral, resulting in speculation about violence in their relationship.

Two videos of the same incident were leaked. News24 reported one version showing AKA breaking through a door behind which Nelli was hiding. Screengrabs showing him breaking through the door went viral.

TshisaLIVE is in possession of another video which a source claims shows the same incident. It shows AKA’s Bryanston home in disarray, with awards smashed and glass broken. AKA narrates in the background, claiming Nelli had tried to jump off the balcony. A Tembe family spokesperson would not comment on the footage.

In the statement sent to TshisaLIVE after the emergence of the footage, the rapper's lawyer Rudolph Baloyi, senior associate at Mabuza Attorneys, said he wanted to curb speculation and assure Mzansi that AKA is apparently not a GBV perpetrator.

“Mr Forbes takes the current events playing out since this past Sunday seriously. It is regrettable that he and his brand are now associated with GBV. However, he assures his fans and the public that he is not a perpetrator of GBV. In due time he will respond fully to all questions and queries.

“Currently the situation is heavy on him and his family as a whole.”

AKA's lawyer echoed his father Tony Forbes' sentiments, saying the rapper has been unable to mourn the death of Nelli properly due to the insinuations and allegations that have emerged against him.

Baloyi also explained why AKA has chosen not to respond directly to the allegations.

The screenshots from an unreleased video seen over the past weekend online are not a true reflection of the alleged situations that arose on the day.

“It is also difficult to deal with public outcry and condemnation on social media. The screenshots from an unreleased video seen over the past weekend online are not a true reflection of the alleged situations that arose on the day.”

Nelli died on April 11 after apparently falling from the 10th floor of the Pepperclub Hotel in Cape Town. The circumstances around her death remain under investigation.

Speaking at her funeral on April 16, Nelli’s father and prominent businessman Moses Tembe rubbished speculation that Nelli was “chronically” suicidal.

“As Anele’s father, I categorically state that Anele was neither suicidal nor did she commit suicide. We must as a matter of priority deal with the scourge that bedevils our youth — alcohol, which is overused, and drugs. Fellow South Africans, we better wake up and smell the coffee. We have a serious problem with substance abuse,” he said.

“I cannot allow an unfortunate narrative to go unchallenged, a narrative that irks me to no end, that is, ‘Anele was chronically suicidal’. All I can say is, until Anele turned 21, not a single member of her family, my family, would have associated her with suicide.”

Footage sent to TshisaLIVE shows scenes from an incident that allegedly took place a month before Nelli Tembe's death.
TshisaLIVE
8 months ago

AKA has hit back at an alleged violent incident that took place a month before Nelli Tembe's death.
TshisaLIVE
8 months ago

AKA returns to the spotlight after death of fiancée Nelli Tembe

AKA is making his way back to the limelight.
TshisaLIVE
8 months ago

"Every day feels like a mountain to climb. I miss Anele, so much and I'm heartbroken at the unfulfilled life we had planned together," AKA said.
TshisaLIVE
9 months ago