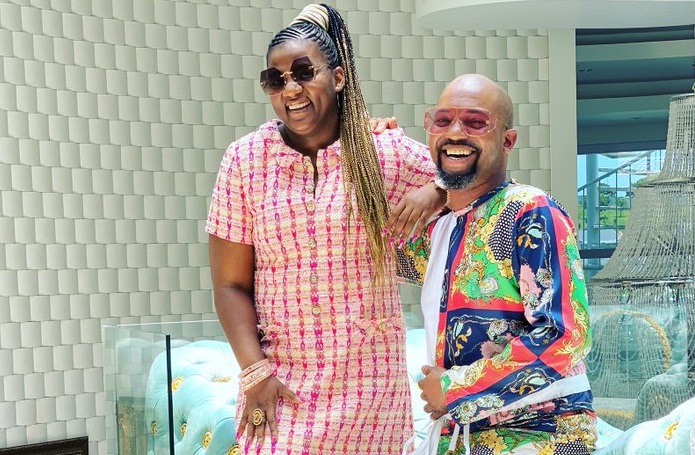 MC and reality TV star Tha Simelane, also popularly known for being MaMkhize’s best friend, recently made his debut on Uzalo, but not all viewers welcomed him.

Tha, who has no previous credits as an actor, plays Jasper on the popular SABC 1 soapie. Jasper is a guy from Gauteng who has a bone to pick with GC and Thobile and will shatter the illusion they have created that they are living the soft life in Gauteng.

While most viewers have not dismissed Tha as an actor, tweeps were not afraid to question whether he bagged the role because of MaMkhize’s “influence”.

So Tha Simelane, mam Mkhize’s friend is now on #Uzalo as well. Yoh, it’s the disrespect to actors.
Like, it’s the middle finger pointed directly at actors for me.
Saze sa investa in an industry that hates actors sibancane!!! 😭😭😭

Mamkhize bought a spot for her friend Tha Simelane on Uzalo. Just buy ur dreams guys

UZalo captured by Mamkhize and her friends. 🤭

However, Tha isn’t the only one who received a cold welcome from some Uzalo viewers after MaMkhize’s debut a few weeks ago also set off a few fires on Twitter.

Speaking to TshisaLIVE following the mixed reactions, MaMkhize made it clear the opportunities she gets are not directly linked to the fact that she’s rich but were rather directly linked to her being a hustler and a hard worker and always putting in the effort.

She explained at the time that it was her “hustle” that got her noticed.

'At the end of the day I am human and I put effort in everything I do. It's not because there's money.'
TshisaLIVE
1 year ago

IN MEMES | Tweeps react to MaMkhize’s acting debut on ‘Uzalo’

MaMkhize's particular Rolls-Royce was one of the top 10 most expensive SUVs in SA, according to the 2019 SA Wealth Report.
TshisaLIVE
1 year ago