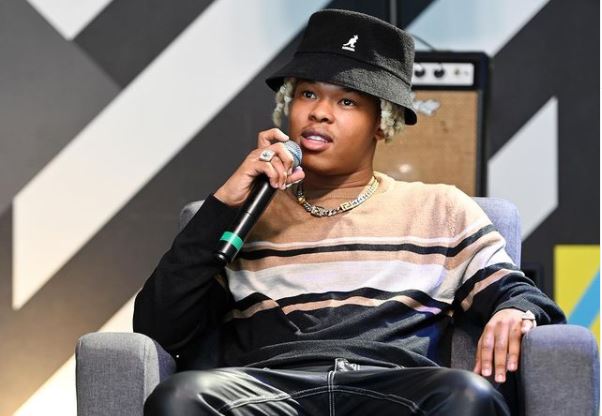 Rapper Nasty C didn't hold back about being the best in a recent freestyle.
Image: Instagram/Nasty C

While he's made it clear he's no longer rapping to prove a point, Nasty C won't let his peers think they are his competition and he made that clear in his recent freestyle verse on US radio show Hoodrich Radio.

Nasty C visited Got Bars with DJ Scream on the US radio show to lay down an exclusive freestyle where he spared no punchlines for rappers who think they are his competition.

In his verse, the rapper said: “If you want a pat on the back, just say that, don't speak about me in your track. Ask for a picture, I'll give you that and tell you I f*** with your terrible raps...”

In another line, the rapper said, “You need to mention my name to go viral.”

Watch and listen to Nasty do his thing below.

And while there was no name dropping in his verse, his fans immediately knew the direction Nasty C's bars were aimed at.

They assumed he was looking to let the likes of Pretty Ugly — who recently named him in a diss track — and newbie Big Xhosa know “was up!".

Pretty Ugly released a freestyle on his birthday last month that left tongues wagging when he shot a few “backhanded lines” at his peers and fellow rappers.

“See, I'm nasty, no cap. Let's all rap. You can't have bad hair if you been making tall racks,” one of Pretty Ugly's lines went, which fans knew was meant for Nasty C.

The relatively new kid on the block, Big Xhosa, recently released a viral diss track, in which he said Nasty C uses too many English words in his raps, likened Cassper Nyovest's beard to a goat's and mentioned that he believed he is five times better than late US star 2 Pac, among many other punchlines.

WATCH | Nasty C says he's not rapping to prove he can rap any more!

"I got over that whole 'who killed who' on a song thing like a long time ago... when I was still rapping to prove that I can rap..."
TshisaLIVE
2 months ago

Priddy Ugly just left your favs with a voice mail, will anyone call back?
TshisaLIVE
2 months ago

"It’s super cute to see I still get them going I won’t lie," Speedsta said.
TshisaLIVE
2 months ago

Nasty C will only be able to move to the US when Americans no longer fear the coronavirus variant prevalent in SA.
TshisaLIVE
3 months ago