Bujy Bikwa comes under fire for his 'problematic' comments on polyamory 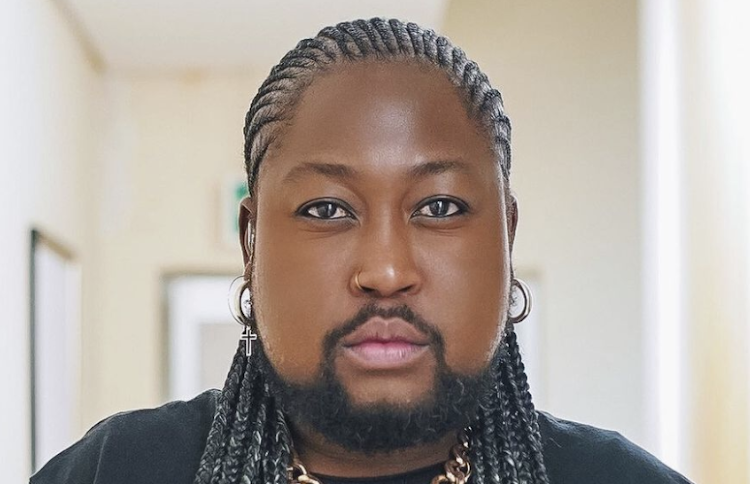 The radio host has received backlash for his podcast 'Queer Way of Life', under the MacG podcast network.
Image: Instagram/Bujy Bikwa

The internet has hit back at radio and TV host Bujy Bikwa for his new podcast Queer Way of Life, housed on MacG's podcast network, where he made comments about polyamory that left the LGBTQI+ community up in arms.

The bubbly media personality recently announced that he would be starting a new podcast called the Queer Way of Life, discussing issues pertaining to the LGBTQI+ community.

Many tweeps explained that they were under the impression that the show was to educate and shed a light on important issues within the queer community. However, with only two episodes so far, Twitter has been left fuming over remarks made on the show.

On the most recent episode, Bujy was criticised for his comments on polyamory (fostering romantic relationships with more than one partner).

The media personality likened the practice to “glamourising sexual promiscuity”.

Watch the viral clip from the episode here:

The show also came under fire as the podcast is a division of the MacG's podcast network. MacG recently was accused of being anti-LGBTQI+ after a series of clips from his podcast were slammed on social media.

Even though there were hopeful supporters of Bujy's podcast, the internet has lashed out at the content.

I really don't know why Bujy got on MacG's podcast....Even worse that he's sharing problematic views about the community.

When people like Bujy do these kinds of things, what bothers me is the gaslighting. There’s know way they don’t know people are going to be incredibly hur by it. But they don’t care. They reduce people’s very real pain making it seem like people are just throwing tantrum.

The other day I disagreed with my mom’s suggestion
She later texted me ‘that’s fine how would have it be different, please send me a draft and let’s compare ideas’

At this point the bar would be the floor and Bujy would still somehow find a way to lower it. https://t.co/NHPSlCS0ee

Listening to the “the queer way of life with Bujy” 😳😳😳🙄😭 pic.twitter.com/pgseXQhbFN

Earlier this year, former radio host and podcaster MacG came under fire from fans for comments on the LGBTQI+ community on his show Podcast and Chill with MacG.

MacG and his co-host Sol Phenduka were chatting about their “confusion and misunderstandings” regarding the LGBTQI+ community.

“You are going to have a sex change just to be with women? Now she's lesbian. Why can't you just be a man and be with a woman?” asked Sol.

MacG said he “can't keep up” when it comes to the trans identity.

Since the incident, MacG and his team have apologised for the incident, admitting that their sentiments were “homophobic, transphobic and very distasteful”.

“On January 25, Podcast and Chill published an episode on YouTube. During the show remarks were made by our host, co-host and The Ghost lady which we acknowledge were very homophobic, transphobic and very distasteful,” read a statement on their Twitter page.

"Others chose to educate me and it’s out of care and respect for them that I deleted my post," Thuso said.
TshisaLIVE
1 year ago

What's in a name?
TshisaLIVE
3 years ago

Tweeps felt MacG's comment were "uncalled for and in bad taste".
TshisaLIVE
1 year ago