Levels! Focalistic appears on MTV Base billboard in London 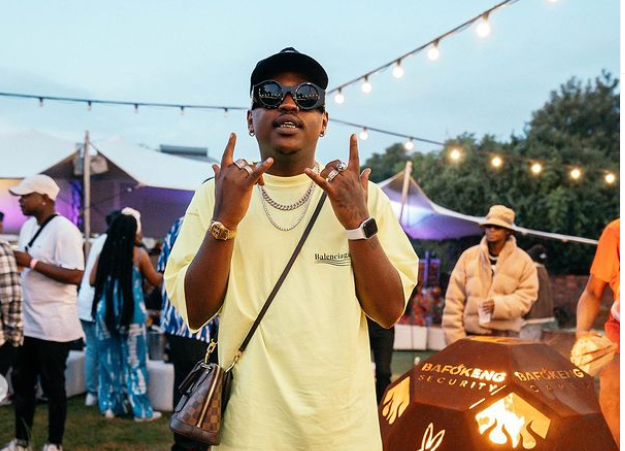 'Ke Star' hitmaker Focalistic is taking over the world one hit at a time.
Image: Instagram/Focalistic

Ke Star hitmaker Focalistic has further cemented his name on the international music scene after gracing an MTV billboard in London.

In celebration of Africa Day earlier this week, SA’s Foca was seen on an MTV Base billboard at the Holland Park roundabout in the capital of the United Kingdom.

The musician also shared the moment with Mandela: Long Walk to Freedom actor Idris Elba, who hosted the Africa Day Concert this year.

This isn’t the first time we have seen Focalistic light up the global capitals of the world. Earlier this year, the star scored big with a Spotify billboard in New York’s coveted Times Square.

These are just some of the international accolades the star has racked up. Recently, Focalistic’s Ke Star (Remix) featuring Vigro Deep and Nigerian American musician Davido got a nod from TIME magazine in its annual “Best Songs of 2021, so far” list. Taking to Twitter, Focalistic was grateful for the recognition.

“TIME magazine says Ke Star (Remix`) is one of the best songs to come out in 2021 so far. Davido and Vigro Deep: Danko! The only African song on the list.”

The 'Pitori Maradona' continues to make his mark internationally.
TshisaLIVE
11 months ago

"Last year I was named the hottest MC in SA and after that I retired from hip-hop because there's too much politics," Focalistic explained.
TshisaLIVE
1 year ago

"It's also crazy that saying 'Ase trap ke pina tsa ko kasi' ... one can end up in Times Square, I think for me that's crazy!"
TshisaLIVE
1 year ago