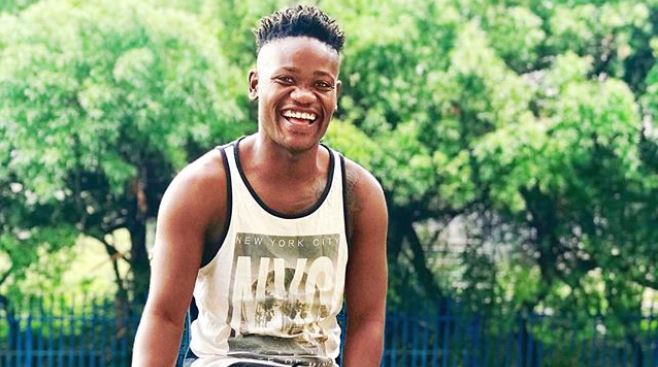 Skeem Saam actor Clement Maosa has opened up about his difficult teenage years, detailing how he struggled after he lost his parents and a family war broke out.

The philanthropic actor, has previously shared parts of his past with followers, revealing how he was orphaned as a teen and raised by his grandmother as a result.

In a recent Instagram, Clement opened up about his belief that jealousy may have been the reason his parents started having health issues and subsequently died soon after their big wedding celebration. The actor posted a picture of his parents on their wedding day as he expressed his feelings about that day and everything that followed.

“This was their engagement celebration before the wedding, and immediately after the celebration they both started having health issues then eventually passed on a year later.

“I was young but I heard all kinds of accusations/allegations from everyone, community members, family, church people and just passers-by what was the cause of their deaths and as a teenager I was confused. The family war erupted and we didn’t even get the time to grieve or mourn as everything happened so fast ... the only solution was to relocate with my siblings from that village, switch off the noise and somehow start afresh,” Clement shared.

The Skeem Saam star said he was still healing and dealing with everything brought on by the death of his parents. He admitted that he still believed his parents — Tlou and Mosima Maosa — would be alive if they didn't get married and have a huge wedding celebration.

“Healing is a process and no-one should predict when and how to deal with it. The fact that two domestic workers who were already written off were now emerging in business and had a white wedding in the village didn’t sit well with many for some weird reason. At some point I believed that had they not got married and had a huge wedding celebration they would still be alive ... Anyway it’s all in the past. Now I’m just rewriting history that’s all.”

Clement's comments section was filled with comments as his industry friends and fans wished him love, light and healing.

“What a strong , great young man you turned out to be. Yes the wound doesn’t completely heal when your loved one died through a hand of another human. It is well!” said Ayanda Ncwane.

Dear Internet, stop with the unsolicited pics!
TshisaLIVE
1 year ago

Clement's party was lit and Spy-da-man was spotted doing the most!
TshisaLIVE
1 year ago

"I know most successful people who have been raised by their gogo and today they’ve built wealth from nothing," Clement said
TshisaLIVE
2 years ago