‘The storyline was very personal for me. It became triggering because in the same year I shot the movie — in March — I lost a friend and until today we don’t know what happened to Karabo’ 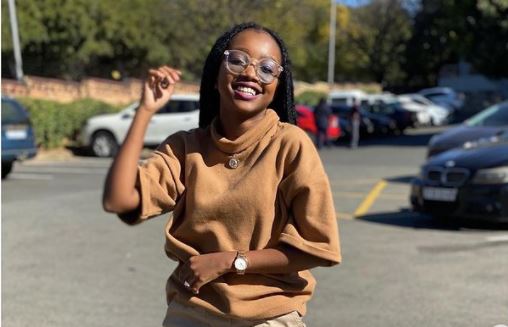 Actress Nomvelo Makhanya features 'i am All Girls' on Netflix.
Image: Instagram/Mvelo Makhanya

Actress Nomvelo Makhanya has opened up about how the storyline of Netflix’s  i am All Girls was triggering for her because in the same year she shot the film, one of her close friends went missing.

The actress, who is popular for her role on e.tv’s Scandal! as Lindiwe, told TshisaLIVE how the storyline became very personal for her.

“The storyline was very personal for me. It became triggering because in the same year I shot the movie — in March — I lost a friend and until today we don’t know what happened to Karabo.

“To this day we don’t know where she is. She disappeared into thin air,” the actress said, explaining she was talking about Karabo Ncube, who went missing in 2018.

Then 20-year-old Karabo went missing on March 25  2018 and topped the Twitter trends list under the hashtag #KaraboNcube as a social media campaign was started to track her whereabouts. This was unsuccessful.

Nomvelo said she knew Karabo and had her at the back of her mind when she shot i am All Girls.

“The story was very personal and a reminder of how our justice system keeps failing us. How many girls need to be missing before they do something? What more must happen so  the justice system takes us seriously?” Nomvelo asked.

The actress said she was grateful for the cast and crew she worked with on the project, saying getting validation of her skills from the lead actresses, including Hlubi Mboya, was amazing.

She also worked with Safta-winning Masasa Mbangeni and Erica Wessels of Warrior and Waterfront fame.

Netflix premiered i am All Girls, the intense thriller directed by Donovan Marsh about a child sex trafficking syndicate operating out of SA. The story follows two detectives as they embark on an justice-seeking journey to bring down the heads of the trafficking ring.

“It’s actually crazy because I shot this in 2018. If you watch the movie, you’ll notice  I still had  short hair. It was y around the same time I shot the “credential” storyline on Scandal!

“That experience was fun. It was different and I really enjoyed it because I'm so used to being in studio so the change of scene and pace was amazing. Even how I embodied the character was amazing. The production went all out to ensure we had the necessary training. Because my character was a boxer so I went for training which was really dope.”

Nomvelo burst into the spotlight as child star nine years ago as Lindiwe, a the- troublesome teen on Scandal!

In an interview with TshisaLIVE, Nomvelo gave herself a pat on the back for how far she's come and beamed with joy at the thought of the nine-year journey of playing the mischievous teen-turned brilliant young adult Lindiwe Ngema.

“It's crazy that I literally gave birth to this girl and yet I also grew up with her as well.”

“When I look back on some of the first episodes I did, there's been a lot of growth and it's been a great journey,” Nomvelo said.

Nomvelo Makhanya reflects on her nine-year journey with 'Scandal!' as Lindiwe

"I literally grew up with her," says Nomvelo on playing Lindiwe for nearly a decade.
TshisaLIVE
1 year ago

WATCH | Scandal’s Nomvelo hits back at Twitter for body shaming

The star was mocked for her "big head".
TshisaLIVE
3 years ago

Several years after opening up about her hospitalisation with anxiety, bipolar and depression, Scandal! actress Nomvelo Makhanya says she is in a ...
TshisaLIVE
4 years ago

Nomvelo Makhanya speaks out about her war with bipolar, anxiety and depression

Scandal! actress Nomvelo Makhanya has for the first time revealed telling details about winning the battle against bipolar, anxiety and depression ...
TshisaLIVE
5 years ago