‘Grew up around DJs and I always wanted to do this thing they do. I highly recommend chasing your dreams while you’re still alive’ 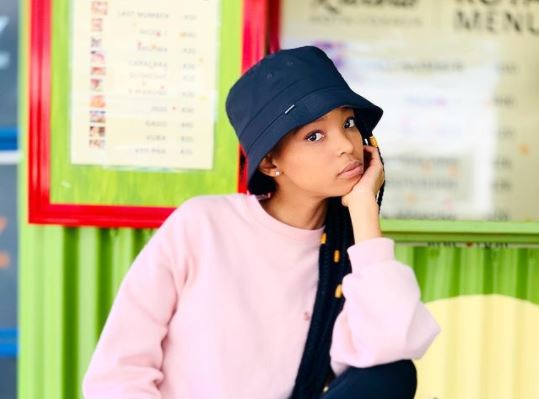 Actress Mapula Mafole is going back to her love for music through her DJ skills.
Image: Instagram/Mapula Mafole

Rhythm City actress Mapula Mafole has let fans into her journey as she rekindles her passion for music and polishes her DJ skills, and her fans can’t wait to book the good sis for their gigs.

The actress, who is popular for her role on the e.tv soapie, has gone back to her first love since Rhythm City was canned.

Rhythm City's finale will air in July after 13 years on the small screen.

Mapula encouraged her fans to always pursue their dreams.

“Grew up around DJs and I always wanted to do this thing that they do. I highly recommend chasing your dreams while you’re still alive. If God is for you, doesn’t matter who’s against you,” Mapula tweeted.

Grew up around DJ’s and I always wanted to do this thing that they do 😂... I highly recommend chasing your dreams whilst your still alive. If God is for you, doesn’t matter who’s against you 🎶🎶#housemusic pic.twitter.com/y6uaK0o6oS

DJ'ing is not a new dream for Mapula. Three years ago, the actress shared her plan to transition from acting to being a DJ.

Speaking to Thembi Seete on Massiv Metro, Mapula said she would always love TV but planned to eventually go the DJ route because she always had a passion for music.

“I am going to be on Rhythm City for some time and I want to start producing my own short films and go into films more. I am also learning to DJ. I love music. I like to create amateur music.”

Mapula said she had been practising for six months and created songs on Garageband, but was hesitant to release some of the things she had recorded so far.

“I am so nervous to do it but I know it is like storytelling. You just immerse yourself in it. Music is like acting. You are sharing something with people and you are affecting people. You are making them feel a certain time. My sister is married to DJ Christos so I have always been surrounded by music.”

Mzansi celebs Lerato Kganyago and Thuli Phongolo made the transition from TV presenting and acting respectively to the decks.

Watch Mapula in action below and judge her DJ skills as you listen to her mix:

It's #ThusoMbeduDay! Here’s where you can watch 'The Underground Railroad'

*screams* The day we've been waiting for is finally here!
TshisaLIVE
4 months ago

"There are so many great shows on SA TV I’ve been watching. So much talent! I pray there’s a place for me."
TshisaLIVE
5 months ago

Mzansi reacts to 'Rhythm City' being canned after 13 years

"I have worked with Rhythm City since 2011. This is heartbreaking. The family that brought you so much heart and soul and truth now coming to an ...
TshisaLIVE
10 months ago

Rhythm City’s Mapula Mafole wants to be a DJ

Young actress Mapula Mafole may have lit up screens with her role on popular e.tv soapie Rhythm City but the star says she has ambitions to further ...
TshisaLIVE
3 years ago