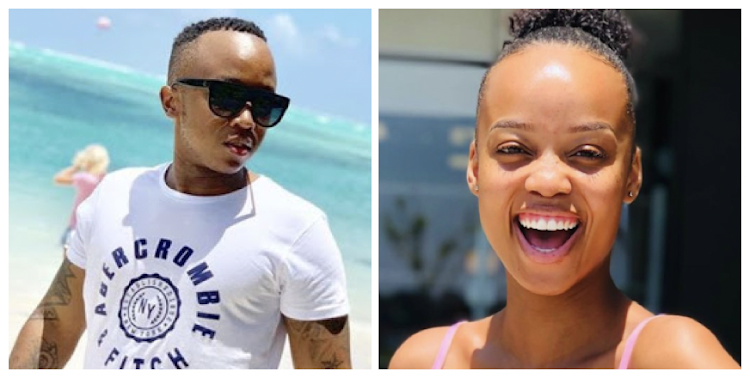 Though their relationship may have had a bitter end a few years ago, it seems like Ntando and Junior were able to start afresh with a new relationship as friends. And recently, the co-parents proved that tensions are in the past they have moved on to being buddy-buddy with each other.

It all began when Junior de Rocka announced that he would be celebrating his birthday with two bashes: one at Rockets in Menlyn, Pretoria, and a party at Liv Urbn in Durban.

To fans' shock and surprise, The Queen's Ntando Duma was set to host the party alongside Junior La Vie and Siboniso Shozi.

This sent shock waves through the community, with many hopeful that the pair will have a rekindling and revive their romance.

“How I wish you two could get back together,” wrote one Instagram user.

In 2018, Ntando and Junior announced their split after speculation about their break-up was making headway among fans. In an interview with Anele Mdoda on Real Talk, Ntando revealed they had split more than a year ago and she was still coming to terms with it.

“I am glad that I can speak about it now because at first I was so crazy and in denial. Because he was my first, I really thought he would be my last. I saw a future with Junior. Unfortunately things didn't work out.” she wrote.

Trolls brought Ntando Duma into all of this, unprovoked!
TshisaLIVE
1 year ago

I saw a future with Junior, says Ntando Duma on split

A year after speculation that Ntando Duma and Junior De Rocka had split while the TV star was expecting their first child, the star has broken her ...
TshisaLIVE
3 years ago