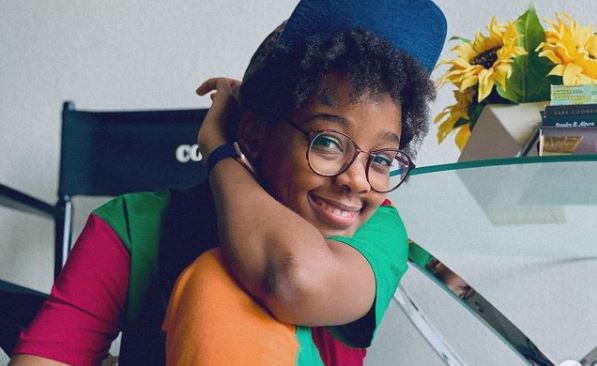 US-based and SA-born actress Thuso Mbedu has taken her world domination to the next level after making an appearance on The Ellen DeGeneres Show.

It is no secret that after Thuso’s American debut in The Underground Railroad, the star has been taking the world by storm with her bubbly personality and thespian excellence.

In her latest boss move to take over Hollywood, Thuso sat down with US talk show host Ellen DeGeneres and spoke about her killer performance in the drama series that put her name on the map. Speaking about seeing her name in lights, the star said it was surreal to see her name on billboards across the US.

“It’s actually very surreal. I don’t think it fully registers. I went to one on Sunset Boulevard with my friends and it’s quite massive. I kept telling my friends, ‘It’s me’. And then I look at it again, ‘It’s me’, and then again, ‘It’s me’,” said Thuso.

Thuso is truly making a name for herself. Gushing about the rising star, Ellen said while chatting to media mogul Oprah Winfrey, they only had good words for the SA star.

“I can’t tell you how amazing you are. Oprah and I were talking about it. She, of course, loves the show as well, and I was telling her you were going to be on today, and we’re both in awe of you. You’re incredible,” Ellen said.

“The Underground Railroad” breakout star Thuso Mbedu revealed she asked for a personal trainer to help build her endurance for the show since the drama is action-packed and required a lot of running. The actress also shared what it was like the first time she saw herself on a huge billboard in Hollywood. #ThusoMbedu #TheEllenShow #Ellen

Mzansi took to social media to praise Thuso for her amazing feat and being a gone girl, weighing in on what this means to SA and its home-grown talent.

Check out the responses below:

Thuso Mbedu's management team understands the assignment, they are catapulting her career to another stratosphere.

Thuso Mbedu being on Ellen's show is big. Love to see it! ✨

Thuso Mbedu was on Ellen! Man, Black girls and especially African girls killing it is my favourite content. I just love to see it!!

#Thusombedu is living the life of my dreams... Imagine being recognized by both Ellen & Oprah pic.twitter.com/hx6ElVbWI0

Thuso Mbedu raising SA's flag even higher than ever b4👑😭.

Her first studio interview in America, even Oprah and Ellen are in awe of her.

#Thusombedu I love you and are so proud of you and all you are achieving!!! I wonder how you learned that accent so fast, it just sounds hard, position yourself wena gal👏🏾👏🏾👏🏾!

'I need to take a break from talking: Ellen DeGeneres to end talk show after 19 years

The comedienne says her "instinct" told her it's time to end her daytime show.
Lifestyle
1 year ago

"Thank you, I love you SA," Thuso said.
TshisaLIVE
1 year ago