Ministers Mthethwa and Marais mourn the loss of Shaleen Surtie-Richards 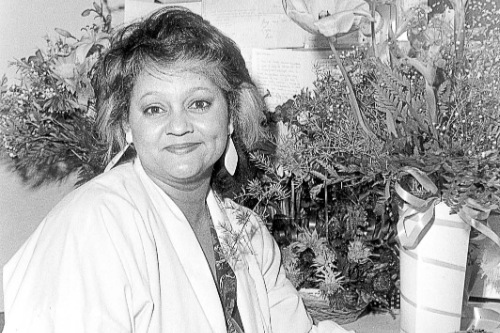 Shaleen's family confirmed to TshisaLIVE in a statement that the actress was found dead in a guest house in Cape Town where she was staying during filming of the TV series Arendsvlei. The cause of death is yet to be confirmed by an autopsy.

Expressing his condolences, Mthethwa sang Shaleen's praises and applauded her for having invested her “heart and soul” in every acting role she brought to life.

“Shaleen invested her heart and soul into every character she portrayed. Her warmth and sense of humour were infectious and her talent won her international recognition. We will remember her with great fondness for her iconic roles in hit films such as Fiela se Kind, Mama Jack, Treurgrond and Vaselinetjie. Most recently, she starred in the KykNet series, Arendsvlei. She turned every role she touched into an audiovisual masterpiece,” he said in the statement.

Closer to her home, Marais also expressed his sadness at the news of Shaleen's death.

The provincial minister applauded Shaleen for her resilience.

“Shaleen was the embodiment of the story of so many people in our country. She faced many difficulties as a young actor who started her career in the apartheid era, but whose love for her craft drove her to rise above all the obstacles in her path.

“Her talent and commitment to acting were clear in all that she did and she was loved by the people of SA for the warm and endearing characters she brought to life on our screens and stages,” said Marais.

Shaleen passed away on Monday morning at the age of 66.
TshisaLIVE
1 month ago

"All kinds of rumours are flying around as to the cause of death which is why we would like to emphasise that Ms Surtie-Richards did not commit ...
TshisaLIVE
1 month ago

EDITORIAL | Mthethwa, give artists the help Surtie-Richards was denied

She leaves a gaping void in SA. May her plight spur the state to give the artistic community the funds it promised it
Opinion & Analysis
1 month ago